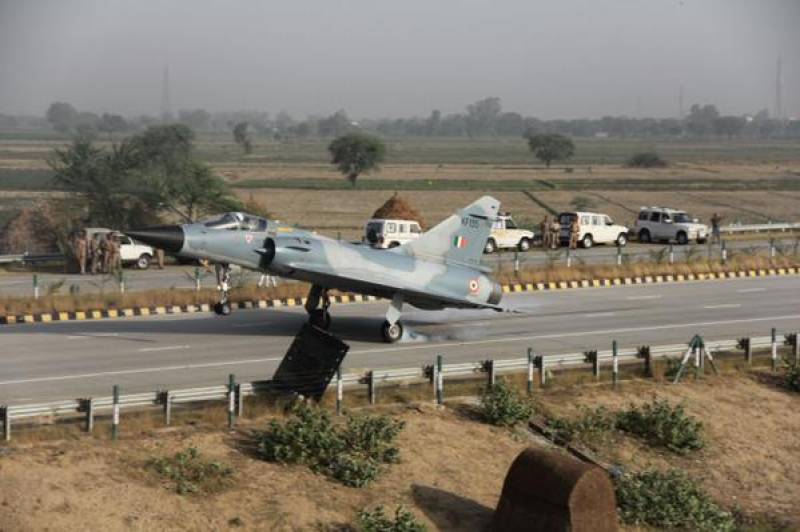 NOIDA (Web Desk) - A Mirage 2000 fighter jet of the Indian Air Force (IAF) test-landed Thursday morning on the Yamuna Expressway just outside Delhi, as part of drills for emergency landings on national highways.

The Indian Air Force’s (IAF) Mirage 2000 successfully landed on the expressway near Mathura as part of an exercise to use road runways for landings during emergencies.

At 6.40 am, the fighter plane, which flew down from Gwalior in Madhya Pradesh, skimmed the highway and landed briefly before taking off again. Local people, including villagers, gaped at the sight. 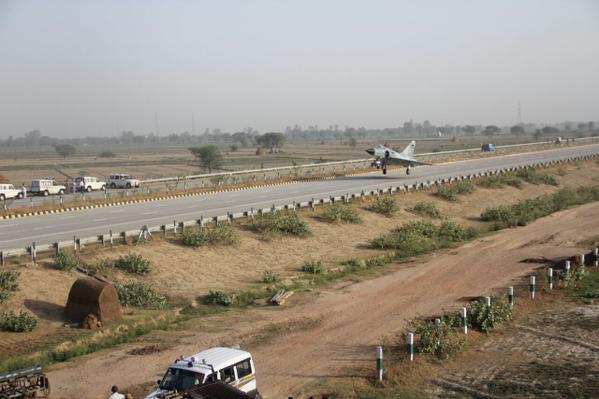 "The aircraft made a practice approach on the highway, coming down to a height of 100 metres before landing off the next approach," said an IAF statement.

The MoD issued a statement following the aircraft’s successful landing, saying: “Road runways are used for emergency landing and become important if airbases are crippled during war times.

“The IAF has been considering the use of national highways for emergency landing by fighter aircraft.”

It further stated this capability was demonstrated by IAF landing a Mirage-2000 aircraft, which was airborne from one of the IAF bases in Central India.

IAF further coordinated with the District Magistrate and SP of Agra and Mathura for activation of the selected stretch of the busy Expressway.

The Ministry of Defence (MoD) further stated: “The aircraft made a practice approach on the highway, coming down to a height of 100 metres before landing off the next approach. The operations were conducted with active support from the government of Uttar Pradesh, Yamuna Expressway Authority, Toll authorities of JP Infratech and Civil Police.” 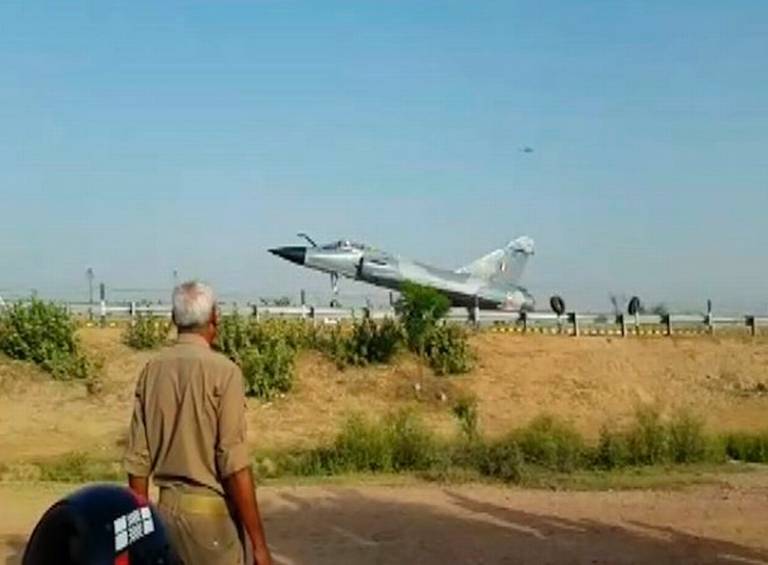 The IAF has plans to activate more such stretches on highways in the future, it added.

Before the landing, an IAF helicopter took several rounds in the air. Several air force personnel were at the spot and the area was cordoned off. A makeshift Air Traffic Control was set up. Bird-watchers were also on alert and fire engines and rescue vehicles were on stand-by.

The six-lane Yamuna Expressway on the outskirts of the capital connects to Agra in Uttar Pradesh. The jet landing stalled traffic on the highway for a few hours.