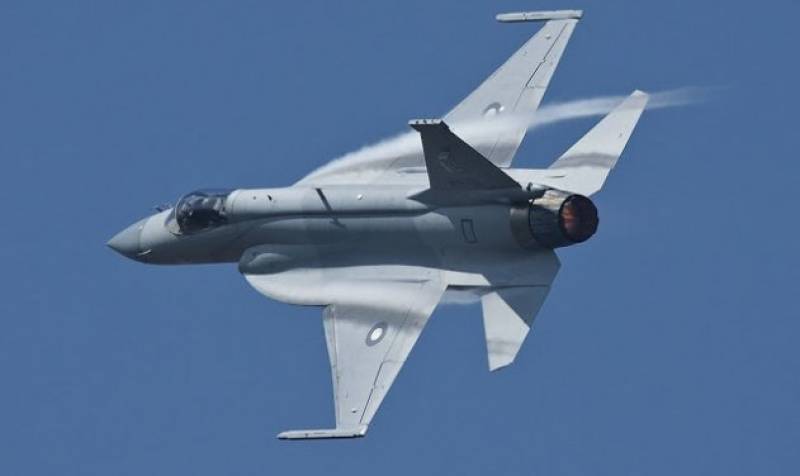 ISLAMABAD/BEIJING – A Pakistani JF-17 fighter jet which completed its first deep overhaul in China was returned to Islamabad in March this year, China Aviation News has revealed.

The overhaul was carried out by the Changsha 5712 Aircraft Industry Company which functions under the Aviation Industry Corporation of China (AVIC). The aircraft, part of the first batch of JFG-17s delivered to Pakistan was taken apart and reassembled.

This is also the first time AVIC has overhauled a made-for-export third generation fighter, or fourth generation according to another widely used standard, the report said.

The first overhaul represents the trial-and-error phase of the project and provided experience in establishing standards for other JF-17 overhauls in the future.

Jointly developed and manufactured by China and Pakistan, the single-engine multi-role light fighter jet JF-17 made its maiden flight in 2003. The first JF-17s were delivered to Pakistani clients in 2007 and a number of them were later commissioned by the Pakistan Air Force. After a decade of use, it was time for the first JF-17s to undergo overhauls.

A contract was signed in 2016 and the first overhaul started in November 2017. The overhauled aircraft made its first test flight in October 2018, reports said.

An overhaul includes major maintenance featuring repairs and replacement of old components including the airframe and engine. While standard, regular maintenance could be done by the military, an overhaul usually needs to be conducted by a designated and more capable supplier due to higher complexity.

The experienced overhaul team at AVIC used a reliability-oriented maintenance model, keeping the maintenance cycle short and costs low, according to a report by China Aviation News.

Pakistan sent dozens of trainees to China, who had close communication and built deep friendships with Chinese engineers during the overhaul process, the report added.

Pakistan’s Air Chief Mujahid Anwar Khan recently said that a Block 3 variant of the JF-17 is under development, which is expected to be much more powerful than the previous two blocks thanks to a new China-developed active electronically scanned array radar.

In an interview with IHS Jane’s Defense last week, the air chief said that a new Chinese radar will be used in these aircraft.

Pakistan Aeronautical Complex (PAC) has produced 50 Block I aircraft and 62 Block II JF-17s to date including the 12 Block II jets ordered in 2017. The PAF has currently 85 JF-17 Block I and II operationally deployed.