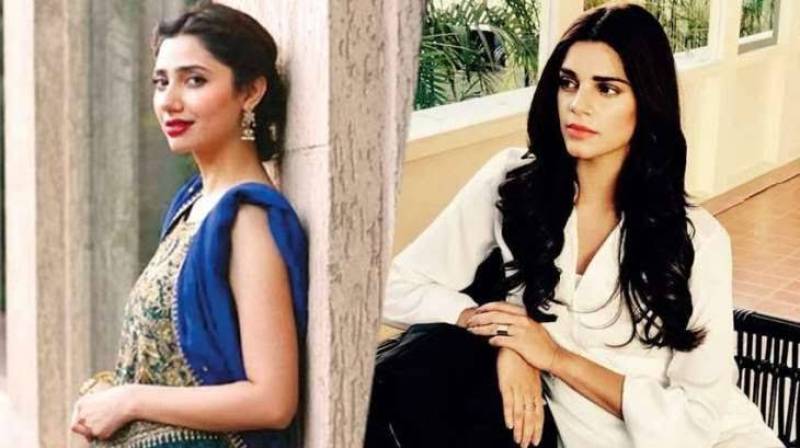 While replying to a fan saying she wishes to see Mahira Khan and Sanam Saeed work together on-screen, the two beauties disclosed that they were actually meant to star together in Sanam’s hit drama serial ‘Mera Naseeb.’ 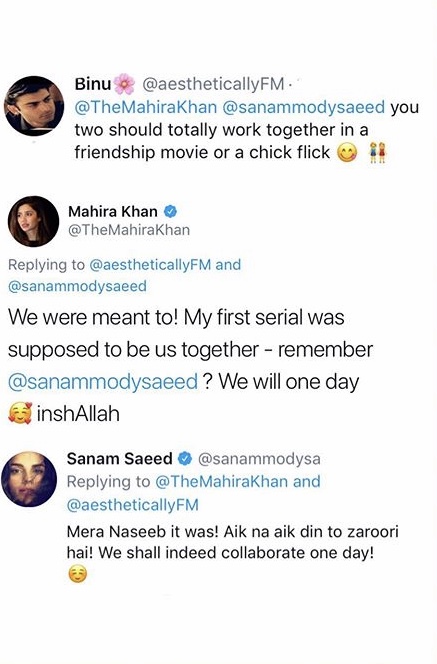 Mahira also added that the two will work together "one day inshAllah" to which Saeed replied: "We shall indeed collaborate one day!" 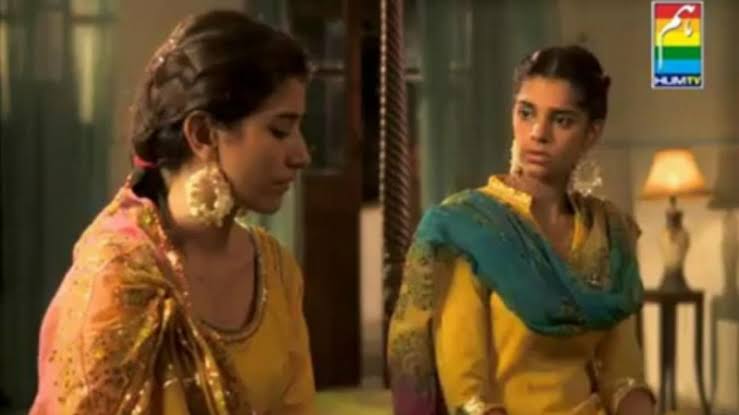 Mera Naseeb was written by Samira Fazal and aired in 2011. The cast included Sanam Saeed, Syra Shahroz, Adeel Hussain and Imran Abbas. The multi-starter became widely loved by the audience and was also nominated for Best TV Director and for Best TV Serial at the Lux Style Awards. Mahira's first drama then ended up being Mehreen Jabbar's Neeyat.

Do you want to see Mahira and Sanam work together? Comment below to share your thoughts and stay tuned for more updates!