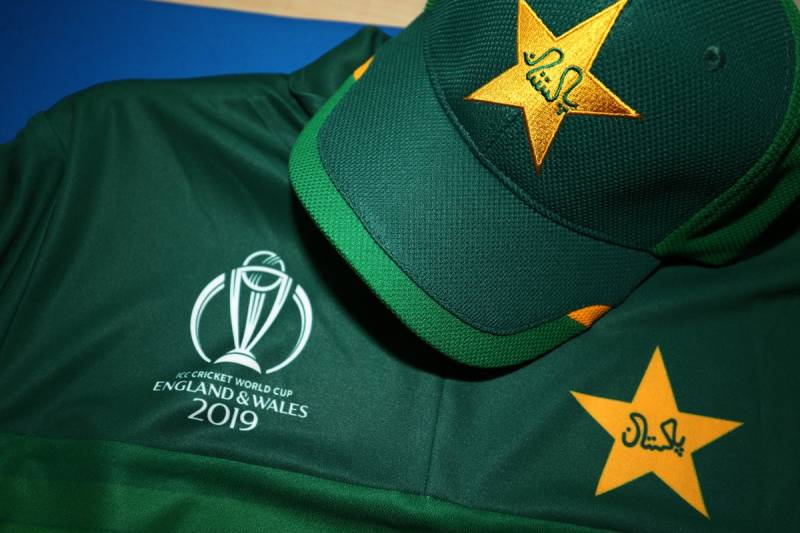 ISLAMABAD - The official kit of the Pakistan cricket team for the World Cup 2019 was unveiled by Pakistan Cricket Board on Tuesday.

PCB posted the pictures of the kit on Twitter and urged cricket enthusiasts to wish playing XI best of luck for the high-octane encounters.

📣📣📣As the Pakistan’s @cricketworlcup jersey is unveiled, send your good luck messages to the team! 🇵🇰#WeHaveWeWill pic.twitter.com/rvlMnH7svM

The cricket board also posted the reactions of the cricketers when they first caught the glimpse of the kit.

A day earlier, PCB had announced the final 15-member squad for the upcoming world cup; interestingly, Muhammad Aamir and Wahab Riaz were included in the team.

Pakistan would be facing off West Indies on May 31 for the first encounter, with all eyes set on June 16 encounter against arch-foe India.