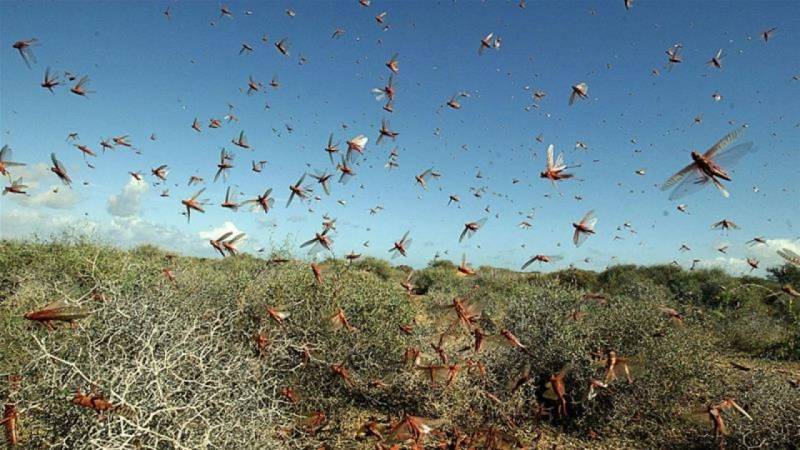 ISLAMABAD – A total of 54 districts of the country have been affected by locust attack, including 31 districts of Balochistan, 8 of Khyber Pakhtunkhwa, 10 of Punjab and five districts of Sindh, the state media said.

A spokesman of National Disaster Management Authority (NDMA), in a statement, said that both ariel and ground spray of various districts was underway right now.

NDMA has completed the poisonous fumes spray of over 6,400 hectares and survey of 469,000 hectares locust swarm hit areas of the country in the last 24 hours.

The ariel spray of over 100 hectare area of Killa Khair Garh of district Rahim Yar Khan has beenconducted aimed at killing the locust.