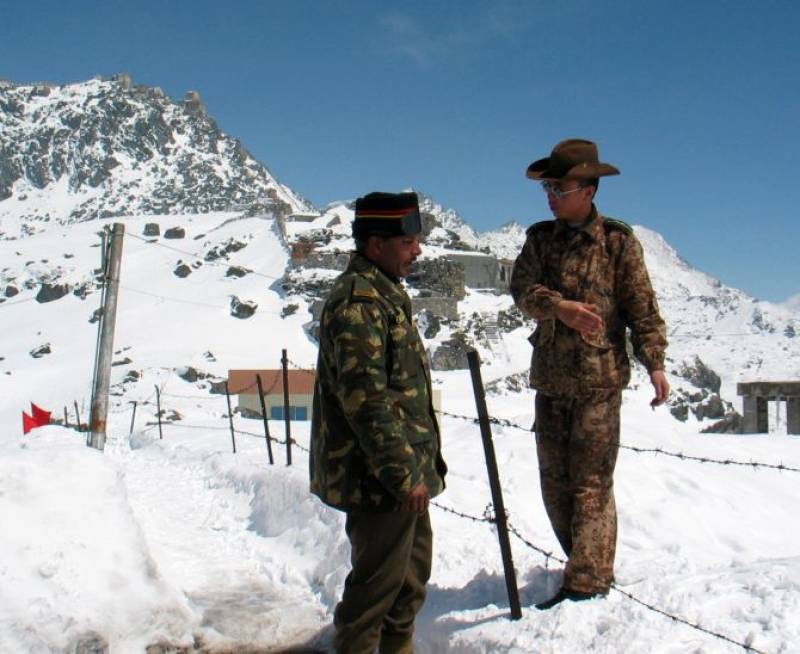 BEIJING – China on Thursday rejected allegations of using aggression on border with India to shift status quo and said that the Chinese troops firmly safeguard its territorial sovereignty and security besides firmly dealing with India's crossover and infringement activities.

"The diplomat's remarks are just nonsense. China's position on China-India boundary issue is consistent and clear," Zhao Lijian said during his regular briefing while responding to a question in this regard after a senior US diplomat accused China of using aggression on China-India border.

He said that China's border troops firmly safeguard its territorial sovereignty and security and firmly deals with Indian side's crossover and infringement activities, adding, "Our troops firmly safeguard the peace and stability in the border region." The spokesperson said, "We urge the Indian side to work together with us, abide by our leadership's important consensus, comply with the agreements signed and refrain from unilateral actions complicating the situation.

"He hoped the Indian side would make concrete efforts toward peace and tranquility in the border region.

Zhao Lijian informed that there were consultations at the diplomatic channels between the two countries but said these consultations had nothing to do with the US side.

According to media reports, a senior US diplomat for South Asia yesterday accused China of employing border clashes with India to try to shift the status quo, and encouraged New Delhi to resist.

The diplomat also drew parallels between the growing skirmishes in the Himalayas and Beijing's increasing assertiveness in the dispute-rife South China Sea.

Indian and Chinese troops have engaged in a growing number of brawls and other low-level clashes on their sprawling border, including a recent standoff at the Nathu La Pass which connects the Indian state of Sikkim and China's Tibet.