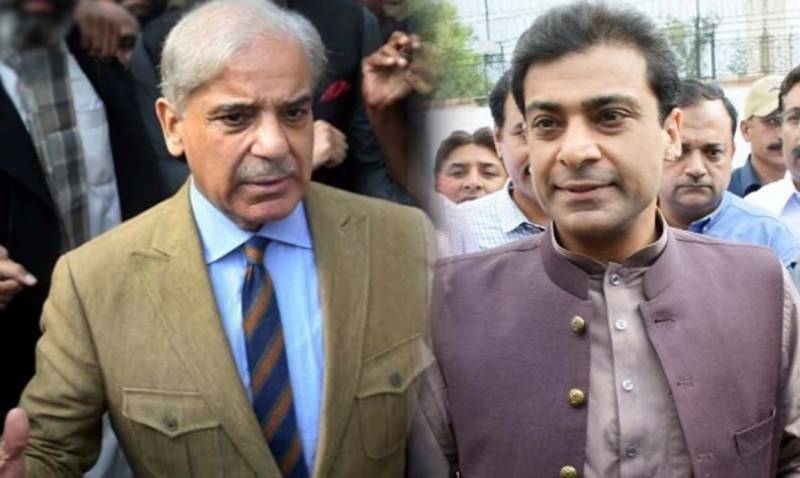 The father-son duo also appeared before the court while strict security arrangements were made around the court.

The court also issued bailable warrants for Suleman Shehbaz, Tahir Naqvi, Malik Maqsood for not appearing before the Federal Investigation Agency (FIA) during investigation of the case.

A sessions court has already declared Suleman an offender for not becoming part of the money laundering probe.

During the hearing, FIA prosecutor Farooq Bajwa urged the court to complete the process of declaring the three suspects absconders, adding further delay in it will benefit the suspects.

Top PML-N leader and family are facing money laundering of billions of rupees using accounts operated in the name of their businesses and employees, as per the Federal Investigators.

Earlier, the court was scheduled to indict the both PML-N bigwigs on May 14 but the process was delayed after newly appointed prosecutor sought time for preparation and absence of Shehbaz Sharif, who was in the UK for the medical treatment at that time.

The special court had to indict the father-son duo and others in the Rs16 billion money laundering case in April but the absence of Shehbaz Sharif delayed it.

In the year 2020, Shehbaz Sharif and his sons Hamza and Suleman was booked under Anti Money Laundering Act while more than dozen others have also been named in the case.