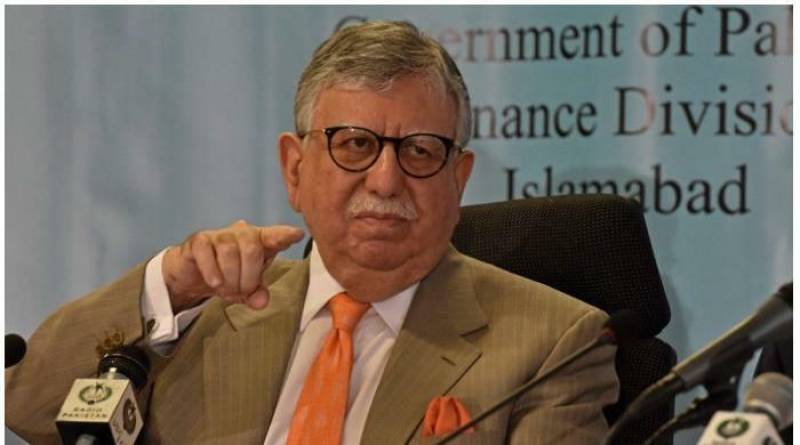 ISLAMABAD – President Dr Arif Alvi has signed a summary to retain Shaukat Tarin as member of the National Economic Council.

The President gave approval on the advice of the Prime Minister under Article 156 of the Constitution on Thursday.

Shaukat Tarin will now be a member of the Advisory Council instead of the Finance Minister.

President Dr. Arif Alvi has approved the continuation of Mr. Shaukat Fayaz Ahmed Tarin as Member National Economic Council, as Adviser to the Prime Minister on Finance & Revenue instead of as Minister for Finance & Revenue. pic.twitter.com/6YKOR4zrux

It comes amid reports that the government has decided to get Shaukat Tarin elected as a senator from Khyber Pakhtunkhwa (KP) to pave way for his reappointment as the federal finance minister.

The decision was taken after PTI’s Ayub Afridi resigned as a senator. The lawmaker will be appointed as Prime Minister Imran Khan’s aide on State and Frontier Regions (ASFRON).

The PTI government appointed Tarin as an adviser to PM after his six-month stint as finance minister ended last week on Friday. An official notification issued on the appointment read that Tarin’s new status will be equivalent to that of a federal minister.

The former finance minister was supposed to get elected as a senator — a prerequisite to continue as finance minister — as the six-month time limit to elect him as a member of Parliament expired.

Tarin could not be elected on former finance minister Ishaq Dar’s seat due to a stay order by the court. Dar was elected as a senator on a technocrat seat from Punjab in 2018, but he did not take his oath owing to his self exile in London on health grounds.

Earlier in the month, the government had made efforts to de-seat Dar so that Shaukat Tarin could become a senator.

PM Imran Khan had appointed Tarin as the finance minister in a federal cabinet reshuffle, replacing Hammad Azhar — only a few weeks after he was given the portfolio.

As Tarin’s six-month term ended, as per law, he could not chair the Economic Coordination Committee (ECC) and other cabinet committees.