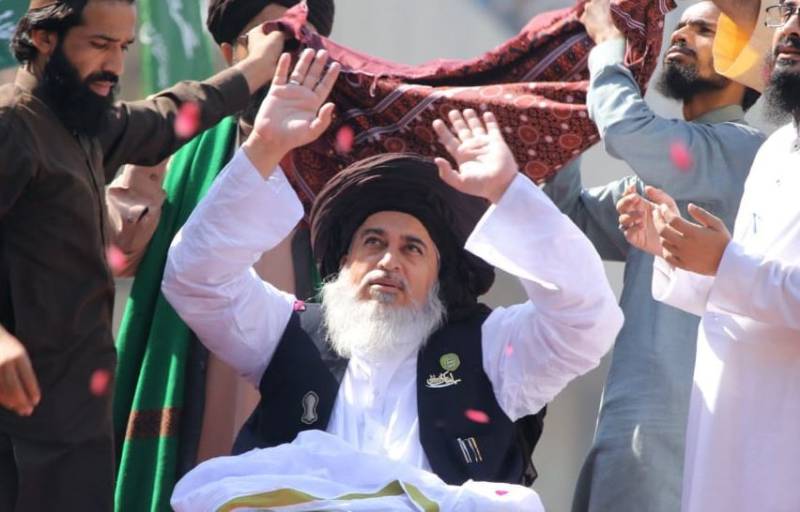 The funeral prayer was offered by Abdul Sattar. Rizvi will be laid to rest at Rehmat ul Lil Aalameen mosque after the prayers. He was the prayer leader at the mosque and had been living there for the last two decades.

Khadim's body was brought to the park in an ambulance. The vehicles stuck in nearby areas due to traffic. The participants have been instructed to park their cars on the Lower Mall Road and then walk towards the Greater Iqbal Park.

TLP supporters formed a human chain in front of the vehicle and walked in front of it. Many of the markets and shops are closed in the city because of the funeral.

LAHORE – Hundreds of thousands of mourners gathered at Minar-e-Pakistan on Saturday to attend the funeral prayers ...

The police have deputed around 50 reserves, 26 Station House officers and 13 DSPs. Media will be allowed to cover the funeral prayers and a committee has been constituted to facilitate them.

As per the sources, Rizvi will be buried at Rehmatul Lil Alameen Mosque near Yateem Khana Chowk.

The TLP chief had breathed his last on Thursday night. He was unwell since the last few days, confirmed family sources and had complained about the fever as he led a protest at the Faizabad Interchange a few days ago.