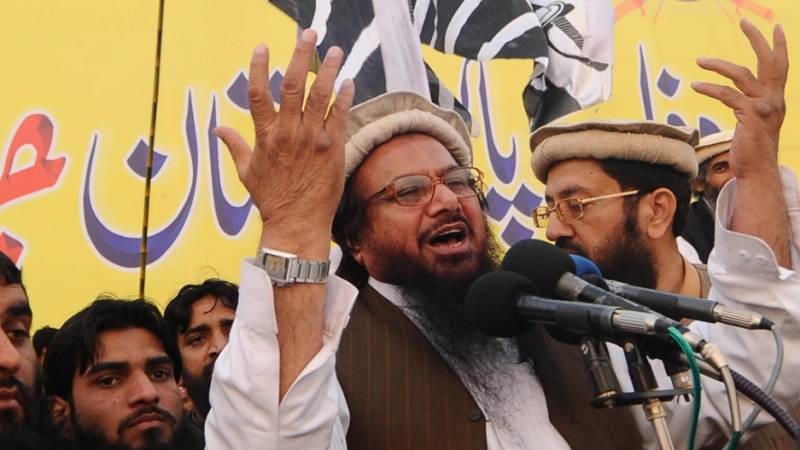 LAHORE – An anti-terrorism court handed down a six-month prison sentence to another leader of Jamaatud Dawa (JuD) in a terror-financing case.

Jamaatud Dawa leader Muhammad Ashraf was nominated in an FIR No 26/2019 by the Counter-Terrorism Department. Presiding Judge Arshad Hussain Bhutta sentenced Muhammad Ashraf for the imprisonment and also imposed a fine of Rs10,000.

He has been sent to jail under Section 11-F(2) of the Anti-terrorism Act, 1997 for being a member of a banned outfit and for supporting and arranging meetings of the proscribed organisation.

Earlier on Thursday, the court had convicted JuD Chief Hafiz Muhammad Saeed along with other leaders of the organization. Saeed and other leaders had been under detention since July 2019.