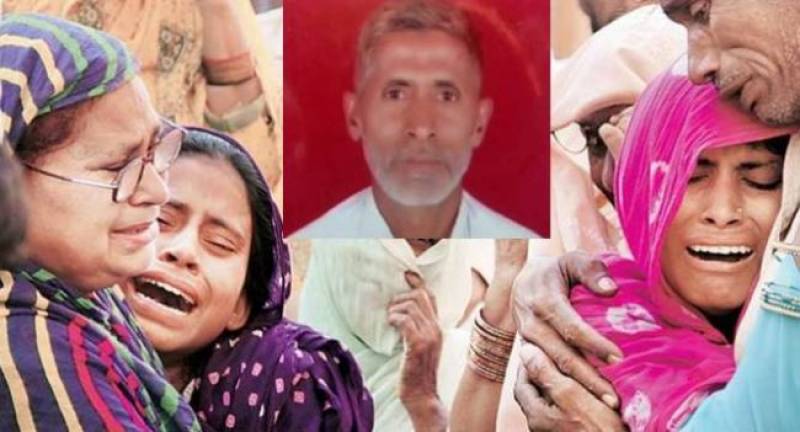 NEW DELHI (Web Desk) - Indian National Commission for Minorities (NCM) has revealed that killing of a Muslim man in Dadri was not a spontaneous reaction of Hindus but a planned murder.

According to India media the NCM, which was tasked with investigating the killing of Muhammed Akhlaq in Dadri last month, said that Hindu extremists had made an announcement from the speaker of a mandir (Hindu temple) that Akhlaq had beef in his fridge.

The NCM probe further revealed that Muhammad Akhlaq had mutton not beef at his house.

Following the incident some members of the Bharatiya Janata Party (BJP) made fiery statements and some even went to Dadri to save those involved in the murder.

50-year-old Muhammad Akhlaq was beaten to death over rumours that he had eaten beef during Eid-ul-Azha. Akhlaq was attacked by around 100 people, who beat him with stones and kicked him to death.