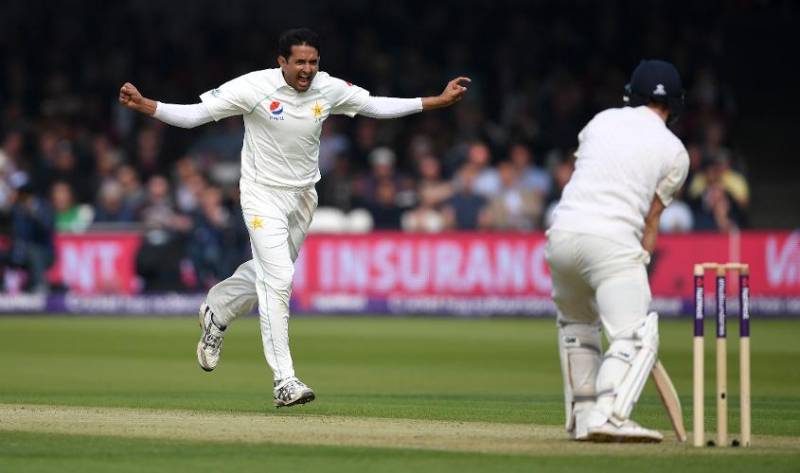 DUBAI - Pakistan fast bowler Mohammad Abbas has taken only 10 Tests to reach third place in the MRF Tyres ICC Player Rankings for Test Bowlers after a stupendous 10-wicket match haul in Abu Dhabi which helped his side defeat Australia by 373 runs.

Mohammad Abbas breaks into the top three of the @MRFWorldwide ICC Test Rankings for first time!

He became the first Pakistani fast bowler to take ten wickets in a Test since Mohammad Asif did so against Sri Lanka at Kandy in 2006.

A decade ago, Abbas was working as an office boy in a court, registering documents for cases related to real estate. Before that, he was a welder and a factory worker. In Abbas’ own words, his challenging life set him up for a career in cricket.

“My life before cricket was very challenging but those struggles helped me in cricket because when I came into the sport I had become mature enough to deal with the problems," he said.

Three players who reached the 800-point mark in fewer Tests did so in the 19th century – England’s Tom Richardson (eight) matches in 1896, Australia’s Charlie Turner (nine) in 1892 and John Ferris (nine) in 1892, who turned out for both England and Australia.

Meanwhile, Pakistan’s 1-0 series win in the two-match series has helped them gain seven points in the MRF Tyres ICC Test Team Rankings, coming within two points of sixth-placed Sri Lanka. On the other hand, Australia have slipped from third to fifth position.