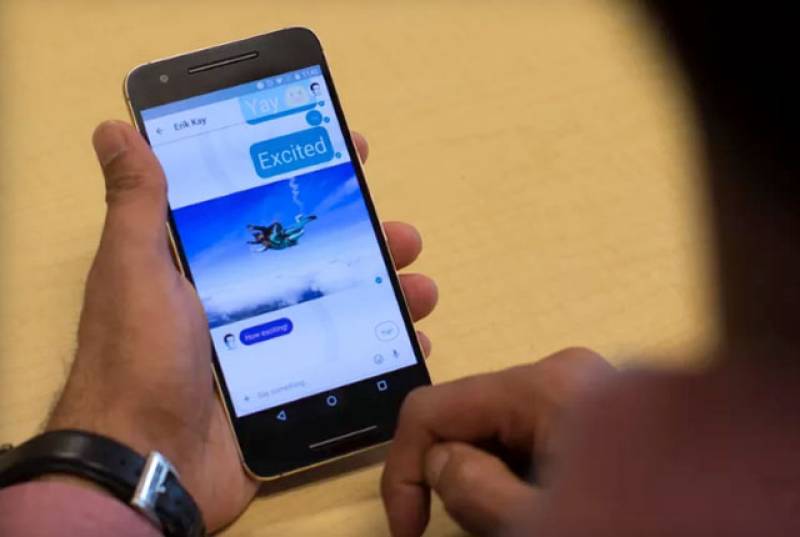 NEW YORK (Web Desk) - Search giant Google is all set to explore new horizons of technology and in a latest roll out the firm has put forth a smart messaging App Allo to give WhatsApp tough time, here on Wednesday.

The idea behind the launch of Allo is much the same as WhatsApp with the addition of new features including the company’s new Google Assistant, which surfaces answers to questions and makes suggestions directly within your chat window.

The Google Assistant can be summoned within a conversation by typing the tag “@google” before entering text. Typing something like, “@google Where should I go for car repair?,” when texting a friend could prompt Google to pull up a list of car mechanics near you. This saves some time since you don’t have to switch between multiple Apps.  The Google Assistant will only be available in English to start, but it will be coming to more countries soon.

Allo can intelligently suggest responses to text and photo messages in a swift way through "Smart Reply" function.

Google hasn’t made Allo available to Web, Desktop or Tablet users. In fact, you can’t even use the same account on multiple phones which looks pretty odd.

As other messengers like LINE and Facebook Messenger, Google’s new messaging app offers a wide variety of stickers to choose from.

Google initially unveiled Allo during its developer conference in May but today it launched for iPhone and Android users.

Here's how to use the Allo: