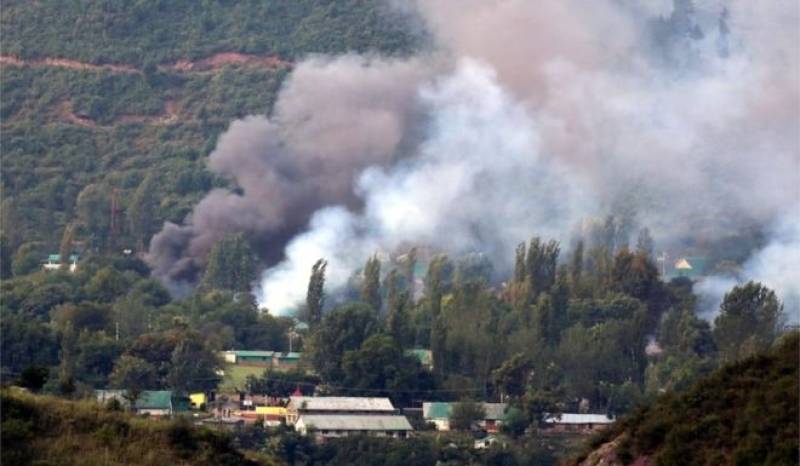 LAHORE (Web Desk) - Although Indian is going furious after Uri attack but International experts and analysts believe India lags behind Pakistan regarding the intelligence and capabilities needed to execute targeted strikes or wage a limited war in Pakistani territory.

According to a report put forth by Soutik Biswas , an Indian journalist, Most experts say successive Indian governments have been unable to build such capabilities. Indian Media is stressing India on why the air force should carry out surgical air strikes against  Pakistan neglecting Pakistan's robust air defence systems.

Defence analyst Ajai Shukla is also of the view that India has only escalated rhetoric against Pakistan but not created sufficient military capabilities and planning structure needed to tackle its arch rival.

“The danger of being trapped in your own rhetoric is that you can be forced into an aggressive response and then be ill-equipped to handle the escalation,” Shukla says.

On the other hand, Indian officials have also cautioned against any adventurism following the military asking the govt to consider ‘surgical strikes’, covert military operations or hot pursuits inside Pakistani territory.

“The government has to take into account that any strike inside Pakistan can escalate into an all-out war. Pakistan, of course, often threatens first-use of tactical nuclear weapons if it is attacked by India,” an official said.

India and Pakistan are facing a war-like situation after militants attacked an army base in Indian-occupied Kashmir on Sunday, killing 18 soldiers. India has blamed the attack on a Pakistan-based group, but Pakistan has categorically refuted any such allegations terming them baseless.