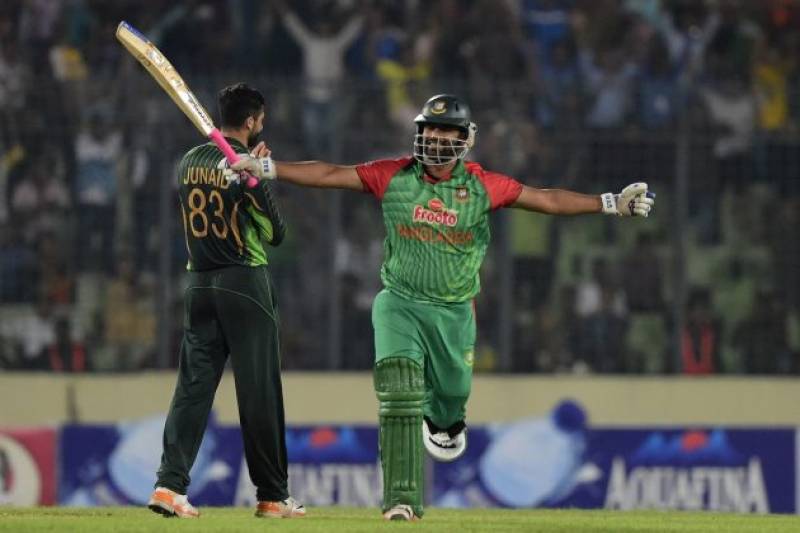 Pakistan’s Junaid Khan picked the only two wickets Bangladesh lost in the match.

Pakistan, while bating first, raised a target of 251 runs against Bangladesh in the final of three ODI matches series when Skipper Azhar Ali played an amazing innings of 101 runs.

Haris Sohail and Sami Aslam contributed 52 and 45 runs respectively whereas Fawad Alam managed for 22 runs only. The remaining all batsmen failed to jump into the double figure score.

Earlier, Pakistan had won the toss and elected to bat first in the last ODI of three-match series against Bangladesh on Wednesday.

Pakistan made three changes to the playing eleven with the inclusion of pacer Umar Gul, spinner Zulfiqar Babar and youngster Sami Aslam.

Captain Azhar Ali, after winning the toss, said the team will try to give a bigger target hoping to avoid a whitewash by Bangladesh. He said captaincy is challenging but he will not panic.