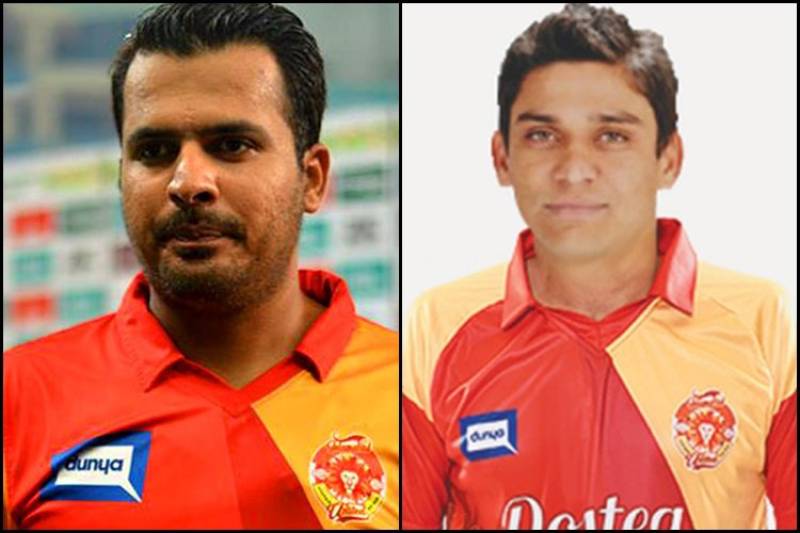 LAHORE -The suspended Pakistani cricketers are likely to hand over charge sheet as Sharjeel Khan and Khalid Latif failed to satisfy officials of the Pakistan Cricket Board (PCB) about their role in alleged spot-fixing at ongoing Pakistan Super League (PSL).

"Both the players have been issued a demand notice over alleged spot-fixing during the Pakistan Super League," Samaa TV reported while quoting PCB sources.

After a hearing, the players have been asked to file today the details of their mobile communication, travel, meetings and activities in UAE, the report further added.

Due to the ongoing investigation, PCB has suspended – Sharjeel Khan, Khalid Latif and Nasir Jamshed – all have represented Pakistan in international cricket.

Yesterday, fast bowler Muhammad Irfan, who is also under investigation, was slapped with various restrictions. He has been barred from using his cell phone and meeting his fellow cricketers in the PSL.

Investigators have not so far cleared Muhammad Irfan who is playing for Islamabad United.

British police said they had arrested Pakistani batsman Nasir Jamshed and a person named Yousuf on Tuesday in connection with bribery offences as part of an investigation into the spot-fixing.

Sharjeel and Latif have been accused of meet a suspicious person linked to an international betting syndicate.

Sharjeel has a contract with English county side Leicestershire to play in the domestic Twenty20 Blast tournament later this year.