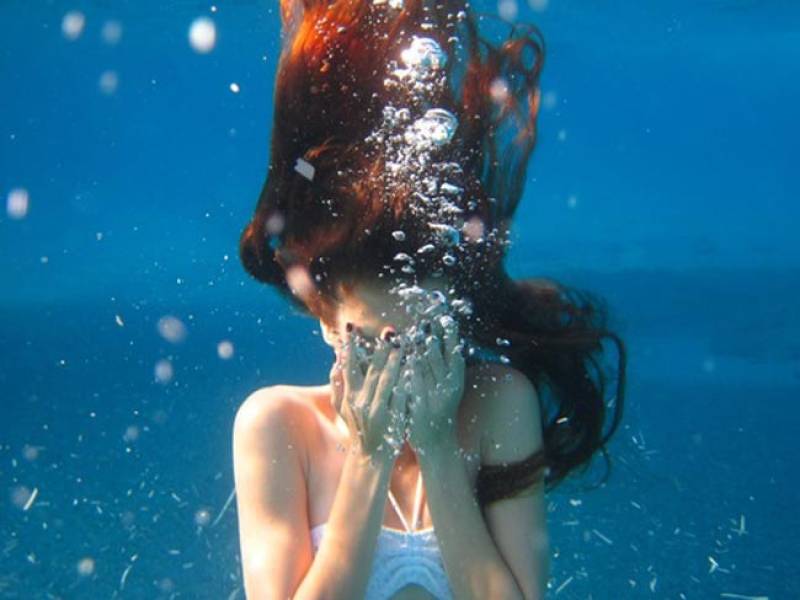 BANGALORE (Web Desk) - Terrors of molestation loom everywhere as Kavya Raman, a 23 year old girl from southwest India recently spoke out about being molested by her diving instructor for 40 minutes underwater, separated from the rest of the group, and what she went through being completely helpless while it was happening.

While on an organised diving trip with a scuba company called Dreamz Diving, her instructor led her away from the boat (as did the other instructors with their students); except for one big difference. This instructor (Dhirendra Rawat) took her away to a secluded spot, and groped her while she was stunned into silence.

In the delicate situation where the diving instructor had full control over all her breathing equipment and the oxygen tank, Kavya had no choice but to suffer through it while it was happening.

On her return to the boat, she was asked why they had gone away for so much longer than everyone else (the rest of the set had been gone between 15-20 minutes each). They found that she was covered in cuts and bruises, and was bleeding profusely.

Once the boat had docked, she collected the whole group (instructors included) and asked them what the process had been while they had all gone diving. They told her the contact had been limited to the holding of hands (and maybe feet, in extreme circumstances), but that was all. She then asked her attacker why he had done what he did, taken her away and touched her like that. The man mumbled some sheepish half-excuses, like "mistake", and said he was sorry.

This braveheart then took the matter to court, and, in her article, provides all the information (section of the penal code, date of the event, etc) about the incident. The attacker, Dhirendra Rawat, has been put into lock-up for 20 days, a period they are hoping to get extended to up to 3 years on the charge of molestation.

This, by the way, is the third time there has been an accusation of sexual molestation against this man.

For all womankind - and mankind - it is a matter of happiness that justice is finally being served and that Kavya's story is reaching people's ears (and screens). The message she's left is a warcry to all women: don't stay quiet, you will be heard if you scream out.