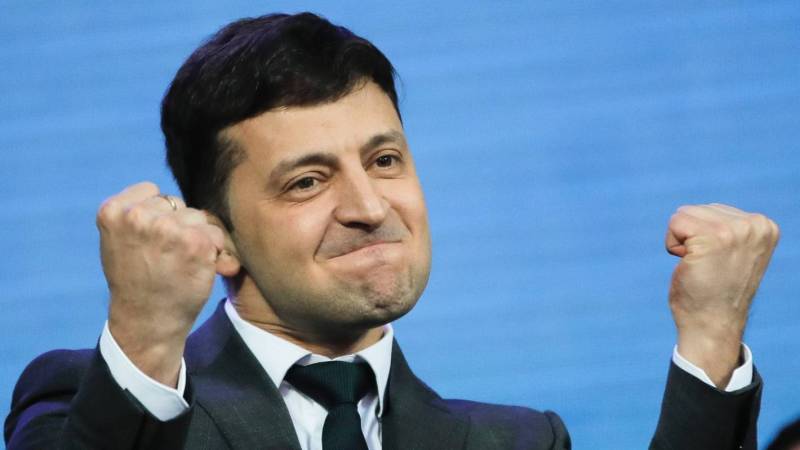 KIEV – Volodymyr Zelensky, who plays a president in a popular Ukrainian television show, has won the general elections, beating incumbent leader Petro Poroshenko with 73.2% of the vote.

Poroshenko conceded defeat, on Sunday, at a press conference minutes after the exit polls were announced, saying he would help Zelensky to prepare for the role between the official announcement of the election results and his inauguration.

The Jewish comedian was excited to take on the role in real life, since he plays an inexperienced president, after an exit poll indicated he received nearly three out of every four votes cast in a runoff election.

A total of 25.3 percent of Ukrainians voted for incumbent President Petro Poroshenko, while 1.5 percent of the voters spoiled their ballot papers, the exit poll suggested.

The exit poll was conducted by the Ilko Kucheriv Democratic Initiatives Foundation among 13,000 voters. Its margin error was plus or minus 1.3 percentage points, the Ukrainian government-run Ukrinform news agency said.

Following the announcement on of the exit polls, Zelensky said, "I promise I will never let you down" and suggested that his apparent victory could be a model for other former Soviet countries that want to move forward from ossified politics.

Zelensky added, "To all the countries of the former Soviet Union - look at us, everything is possible.”

The new president is expected to take office no later than June 3.