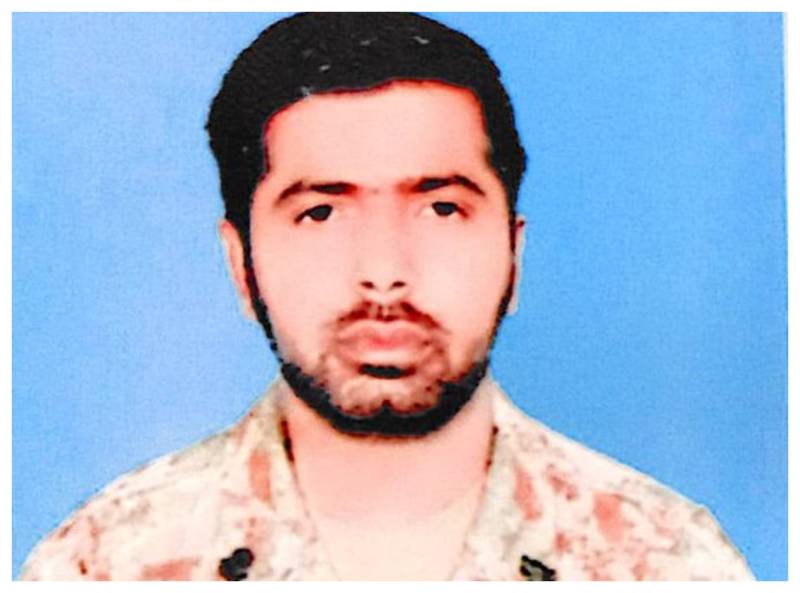 RAWALPINDI – An officer of Pakistan Army was martyred and a soldier injured during an exchange of fire with terrorists in Kahaan area of Awaran, Balochistan.

According to Inter Services Public Relations (ISPR), terrorists fire raided a security forces post in area on night between April 21 and 22.

“Having successfully repulsed the raid, the escaping terrorists were pursued into nearby mountains.  At one of the blocking positions established to cut off fleeing terrorists, a heavy exchange of fire took place between terrorists and security forces,” read the statement.

During skirmish, Major Shahid Basheer embraced martyrdom and another soldier injured while causing heavy losses to the terrorists.

Security Forces, in step with the nation, remain determined to thwart attempts at sabotaging peace, stability and progress of Balochistan.

RAWALPINDI – Seven troops of Pakistan Army soldier embraced martyrdom during an exchange of fire with terrorists ...