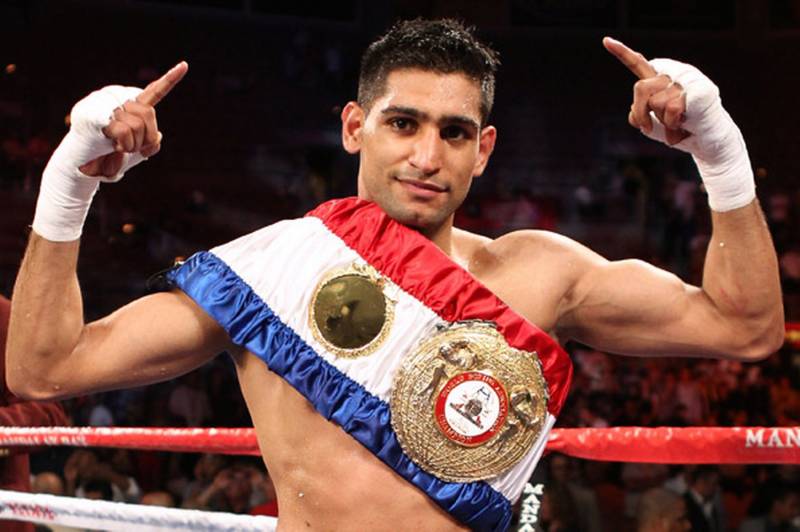 According to the post on micro-blogging website, Khan reached a NADRA outlet to verify his finger prints in this regard on August 21 (Friday). The boxing champion can be seen with a hand on bio-metric machine, in the photo.

.@AmirKingKhan applying for his National ID card at NADRA. pic.twitter.com/pR96P6tLlp

Earlier the world silver welterweight champion  and Olympic silver-medalist boxer formally opened a Boxing Academy in Islamabad on Friday, expressing confidence that it will produce champions of his own caliber.

The “Amir Khan Boxing Aademy” has been established here at Pakistan Sports Complex in collaboration with Pakistan Sports Board (PSB), to train young pugilists of the country.

A Memorandum of Understanding (MoU) was signed between Amir Khan and Director General PSB Akhtar Nawaz Ganjera at Rodham Hall for imparting training and grooming aspiring boxers on the native soil of Briton’s family.