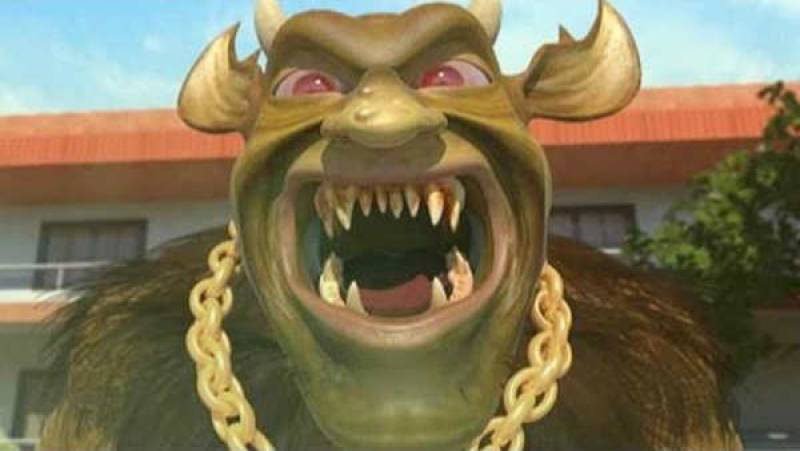 The video ad for soap brand campaign features a parody of Pakistan Tehreek-e-Insaf (PTI) chairman Imran Khan and his party's 2014 sit-ins against the government of Pakistan Muslims League-Nawaz.

The video begins with a news person saying: "Viewers, we are currently present at Dirtu Chowk where germs have staged a sit-in. They have demanded that their boss, Dirtu, should resign as the leader of the germs following his repeated defeat at the hands of the 'Commander' character."

Afterwards, another media person appears on the screen saying "Viewers, we have a breaking news for you. Dirtu has just come out of his container to address the germs," viewers will find these scene eerily similar to PTI's Dharna at the D-chowk a couple of years ago.

Immediately after this, Dirtu makes an entry and addresses his followers. He also urges the audience to give him another chance, while singing the lyrics of India's Mauka Mauka advertisement.

In the final scene, the first reporter again appears on the screen and says: "Viewers, we are here to inform you that Dirtu has been given another chance. Let us see if he can avail this chance or not."

Here is the offending part:

These scenes may be political satire or an advertisement campaign, it is hard to tell. While as a ad campaign, the plot and execution are in poor taste since the campaign targets children and seems to be partaking in a form of political propaganda whereby PTI and its dharna is being painted in a negative light to impressionable children. On the other hand, if this is a political satire, then it seems that brand managers at the soap brand have clearly chosen a side.

It may be remembered here that after 2013 elections PTI emerged as the second biggest party in Pakistan with 7,679,954 votes and enjoys immense popularity among the youth, it seems the soap brand with its political commentary in the advertisement have decided to alienate this huge segment of the population.