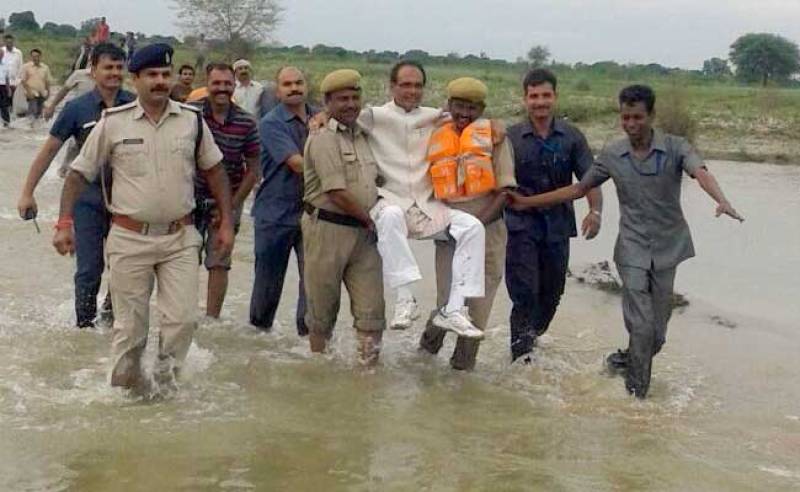 (Web Desk) - Madhya Pradesh CM Shivraj Singh Chauhan is under the flak ever since his photos went viral over the internet as he was strolling around tflood-hithit areas in style.

The CM while visiting the flood affected areas on Sunday got carried by two policemen as apparently the politician did not want to spoil his suit and shoes.

Chouhan was also seen walking barefoot through mud, while his white sneakers and socks were held by his aide.

The twitterers are scoffing and ridiculing at the VIP treatment given to the head of the province.

Aerial survey of floods being done by CM, Shivraj Singh Chouhan Ji in J class seat!!! See it to believe it: pic.twitter.com/4tfWfTjaRd

On the other hand, an official from the chief minister's office said that some excited security personnel may have lifted him while he was on the visit. Reports also state that the local police chief decided to lift Chouhan through floodwater as they did not want him get hurt, according to NDTV.