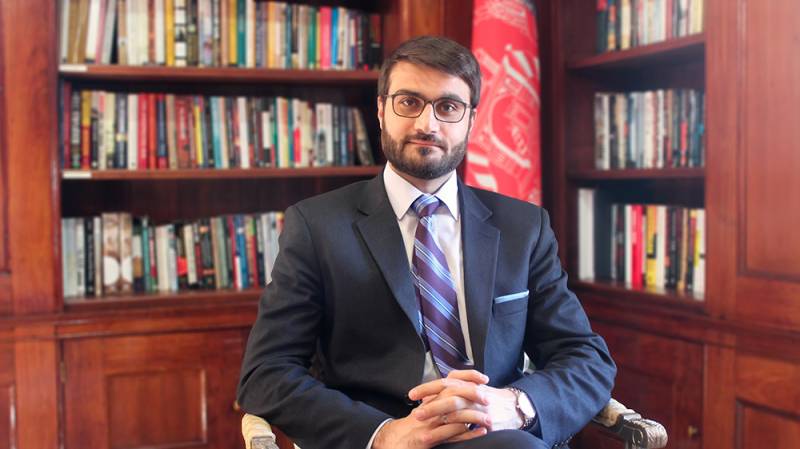 KABUL - Afghan ambassador to US Hamdullah Mohib welcomed the policy announced by President Donald Trump while thanking the United States for focusing on the war-torn country.

A press release issued by the ambassador's office stated that the policy, that is visibly a bit harsh for Pakistan, was the outcome of intense deliberation and took into account the needs and considerations of both Afghanistan and United States.

The official claimed that President Trump devised exactly what was needed for Afghanistan, a country that has been reeling under constant terror from over a decade.

Mohib lauded that Trump focused more about conditions to stable rather than timetables and troops amount, for evacuation.

He also highlighted the need for integration of America's military, economic and political power to achieve shared goals.

The ambassador also lavished praise on Trump for going towards an expanded authority on Afghan soil to smash out terror outfits instead of monitoring situation from Washington.

Lastly, despite being a neighbour, Mohib appreciated the new US policy that called upon Pakistan to act against terrorists' safe heavens.

Mohib underlined the need for 'honourable and enduring outcome' of war against terrorism for fallen Afghan, US and NATO  forces in a bid to advance the cause of peace.

Trump, who entered Oval Office on January 20th with a commitment to pull back troops from Afghanistan reshaped his policy in Monday’s presser while taking the plea that hasty evacuation would create space for terrorists.

The tycoon-turned-president also hinted at increasing US presence in Afghanistan but avoid telling the number of troops.

According to Fox News, Trump has approved the deployment of an additional 4,000 troops to Afghanistan, apparently listening to appeals from his generals.

Apart from Afghanistan, Trump also ramped up pressure on Pakistan, its closest ally to avoid alleged harbouring of safe havens of terrorists.