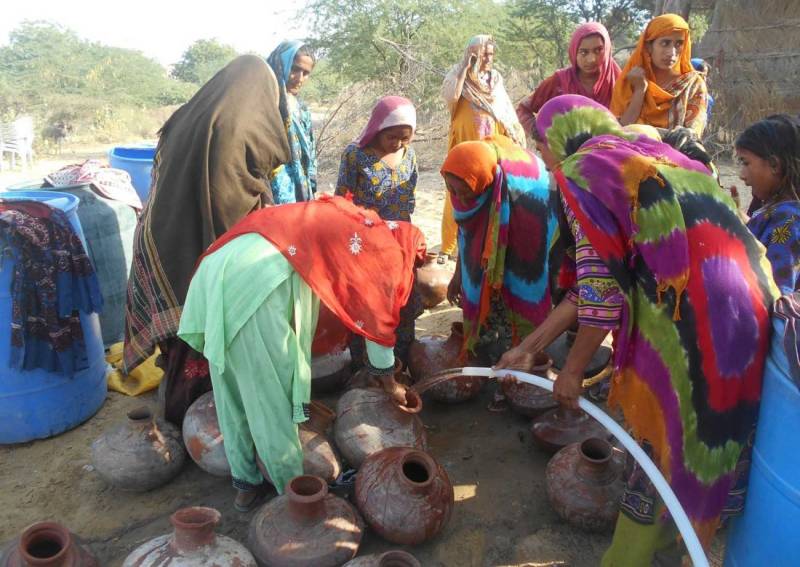 According to the latest statistics, approximately 2.1 billion people all over the world lack access to stable drinking water services. 4.5 billion people lack stable sanitation services. And in one of the most stinging statistics yet, about 4 billion people, representing nearly two-thirds of the world population, experience severe water scarcity during at least one month of the year.

With the increasingly devastating impact of climate change, these numbers will make life difficult for more communities as the availability and quality of water for domestic use depreciates. More floods, storms, wildfires, and droughts will drive people from their homes and displace them for decades to come where they will lack access to adequate and clean fresh water.

In light of this future, we will have to find answers to some crucial questions: How will lack of access to safe water affect the country we belong to? What is the socio-economic impact of lack of safe domestic water to millions? Can we mitigate this impact or find sustainable, alternative solutions whereby water stewardship exercises can be instituted to help localities in need?

Water stewardship is an increasingly popular term lately, propagated by the United Nations’ Sustainable Development Goal 6 which addresses the need for efficient use and management of water. According to the UN, most countries that have high water stress are located in North Africa or Central, West, or South Asia. Pakistan is very much in this delicate position. Serious water difficulties limit our supply of fresh water.

With the world’s sixth-biggest population and rapid urbanization, 22 million people in the country consume unclean water every day, WaterAid says. Water stewardship, therefore, is now essential, particularly projects that use peer-reviewed scientific and technical methods to provide safe and sustainable access to water for human consumption and sanitation.

Water stewardship projects by The Coca-Cola Company (TCCC) began more than ten years ago, with the company launching a programme in 2007 to replenish by a hundred percent or balance the equivalent amount of water it uses in its operations by 2020. In 2015 alone, it returned an estimated 191.9 billion liters of water to nature and communities through community water projects. This is an example of a commercial business that has learned to effectively and sustainably support the economies from which it derives its profit. Some 248 community water partnership projects in 71 countries have provided local communities with access to safe water and watershed protection. These projects improved the standard of living of those living in the communities through a domino effect, as they received improved access to education and local biodiversity also flourished with clean available water.

Pakistan has the 4th highest rate of water use in the world according to AsiaNet Pakistan. The WHO says it also happens to be among top 10 countries of the world with the greatest number of people living without access to safe water. Water stewardship exercises are helping however, bit by bit. Coca-Cola brought its projects to the country in 2008, partnering with NGOs like WWF Pakistan, Indus Earth Trust, Mountain & Glacier Protection Organization (MGPO) and Rotary Pakistan. These projects have replenished over 2.7 billion liters of water back into nature.

In Siksa Village in Gilgit-Baltistan, an integrated water resource management system was established in partnership with UNDP and MGPO; it provided for safe drinking water, sanitation services, and food security to 4,000 local people.  The local communities received water access through a pipeline irrigation system that had an average stretch of 19,000 kms. In Kohistan District in Khyber-Pakhtunkhwa, a US$ 180,000 grant by The Coca-Cola Foundation provided 600 households in more than 35 villages with rainwater harvesting through reservoirs, rehabilitation of dug wells, and provision of check dams and hand pumps.

Water stewardship that is environmentally sustainable has positive socio-economic impact that will last for decades to come. When critical water challenges are addressed, the social and economic power they carry will have a powerful domino effect: food insecurity lowers, nutrition improves, sustainable agriculture becomes easier to implement, releasing with each a stream of powerful gains for our communities.

Azka is a writer, working on a gothic, fictional novel as well as her blog. She tweets at @cestmoiazzy.

Importance of water for agrarian economies