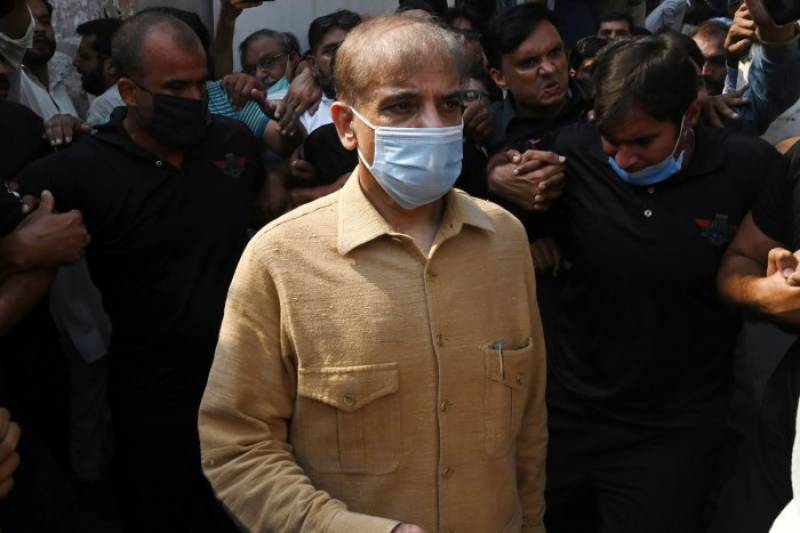 LAHORE – The National Accountability Bureau (NAB) has seized assets of PML-N President Shehbaz Sharif and six others in a money laundering case on Tuesday.

Due to the interruption during the hearing, accountability court Judge Jawadul Hassan while expressing displeasure over the chaos in the courtroom asked "those who have come to meet Shehbaz Sharif, please leave the room”.

He warned of leaving the proceedings if discipline is not maintained in the court.

Earlier, Judge Jawadul Hassan had issued a two-page verdict, directing the authorities to present an implementation report over seizing assets of Shehbaz’s family.

Shehbaz Sharif, the former chief minister, is accused of accumulating assets worth Rs7,328 million in connivance with his co-accused family members, benamidars, front persons and close associations and for developing an organized system of money laundering.

The anti-graft watchdog has nominated a total of 20 individuals in the reference – Shahbaz’s wife Nusrat, his sons Hamza and Suleman, and daughters Rabia Imran and Javeria Ali.

Shehbaz and his son Hamza Shehbaz have been indicted in the case. NAB Lahore said that an inquiry was launched against former chief minister on a complaint made by Financial Monitoring Unit of State Bank of Pakistan (SBP).

It says Shehbaz Sharif held assets worth Rs2.1 million in 1990 and after eight years the assets of the PML-N president and his children grew to Rs10.8 million.

The NAB further adds Shehbaz and his children established nine business units during 2008 till 2018. The assets of the family grew to Rs6 billion through its frontmen and Benamidar. The anti-graft buster alleged the political family of building assets worth more than Rs7 billion by making corruption.

Salman Shehbaz, another son of Shehbaz Shrif, has also been declared fugitive for not appearing before the court.

The NAB said that Shehbaz and his family made assets of billions of rupees in ten years, adding that massive money laundering was also made through benami accounts.