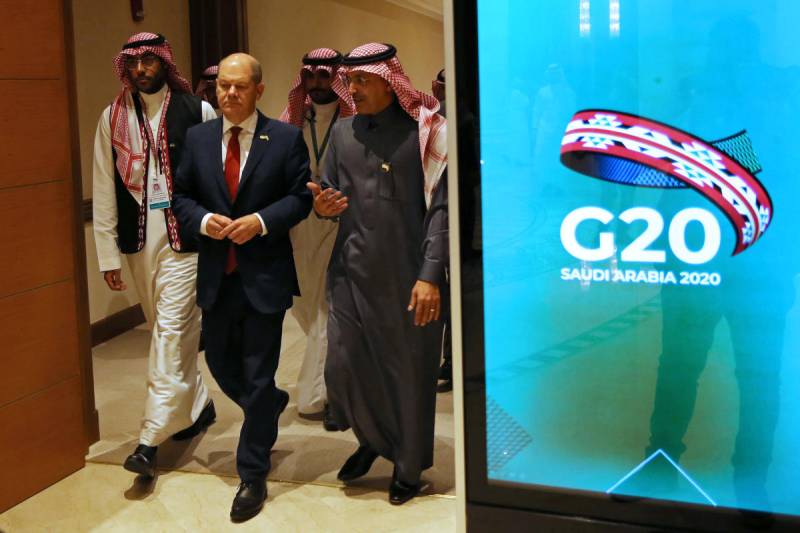 ROYADH – Finance ministers and central bank governors from G20 nations meet in the Saudi capital Saturday for a two-day gathering to discuss the global economy and the risks from the coronavirus epidemic.

Aside from an action plan to shield the world economy from the impact of the outbreak, financial leaders from the world's top 20 economies are also expected to discuss ways to achieve a fairer global taxation system for the digital era.

"In addition, they will discuss the priorities of the Saudi G20 Presidency under the theme 'realising opportunities of the 21st century for all'... including the tax challenges arising from the digitalisation of the economy." The meeting in Saudi Arabia, the first Arab nation to hold the G20 presidency, will be chaired by the the kingdom's finance minister Mohammed al-Jadaan and central bank governor Ahmed al-Kholifey.

The meeting comes amid growing alarm over the new coronavirus as Chinese authorities lock down millions of people to prevent the spread of the disease, with major knock-on effects for the global economy.

The impact of the epidemic may be short-lived but it comes as the global economy remains "fragile", IMF chief Kristalina Georgieva told a gathering in Riyadh on Friday.

Georgieva said the economic impact could see a "V-shaped" trajectory, with a sharp decline in China's GDP followed by a sharp recovery.

She warned the situation could have more dire consequences for other countries as the impacts spill over.

The virus has now claimed 2,345 lives in China, cutting off transportation and forcing businesses to close their doors.

BEIJING - The number of people, who have been infected with a new coronavirus across mainland China, has reached ...

China has said it will not be sending any leaders from Beijing for the Riyadh gathering but the Chinese ambassador in the kingdom will instead lead a small delegation.

"We have been closely watching the developments of the virus and assessing its potential effects on economic growth," a senior US Treasury official told reporters.

"We expect ministers and governors will discuss the global economic outlook, particularly as it relates to the coronavirus outbreak." The G20 organisers will also host a ministerial-level symposium on international taxation on Saturday, focused on the challenges arising from the digitalisation of the global economy.

The symposium will be attended by US Treasury Secretary Steven Mnuchin along with a host of other financial leaders.

The Saudi presidency will see it host world leaders for a summit in Riyadh from November 21 to 22.

It will hold more than 100 events and conferences in the run-up to the summit, including ministerial meetings, organisers say.

Human rights groups have urged G20 member states to exert pressure on the kingdom over its intensifying crackdown on dissent, which has seen women activists, journalists and political dissidents jailed.