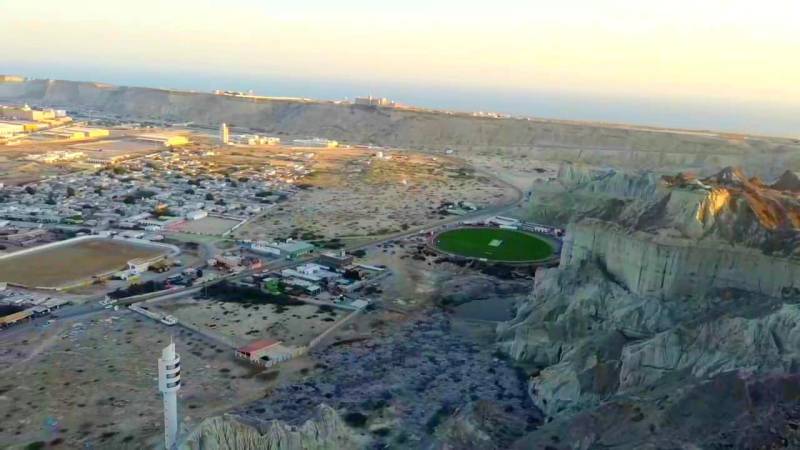 KARACHI – The scenic Gwadar Cricket Stadium – which attracted global attention soon after International Cricket Council (ICC) shared its picture on its official Twitter handle – will host a match between two teams of the Pakistan Super League (PSL) next month.

It was announced by Pakistani actor Fakhr-e-Alam in a tweet, stating that the match will be played between Quetta Gladiators and Karachi Kings on March 25.

Alam, in the video, aid that he wanted to congratulate cricket fans as the Pakistan Cricket Board (PCB) has informed the Balochistan government that it wants to organise a match after the PSL event concludes.

GWADAR CITY – The picturesque cricket stadium in the port city of Gwadar is hosting an exhibition match today for ...

The TV personality said that he desired for an official PSL 2021 match to be played at the scenic venue but it could not be held as it lacks standards set by International Cricket Council (ICC) and PCB.

Earlier on Friday, Gwadar stadium organized its first exhibition match between Gwadar Dolphins and Showbiz Sharks in order to pay a tribute to Pakistani mountaineer Ali Sadpara, who was recently declared dead by family.

GWADAR – In one of the most scenic stadiums of the world, Gwadar Cricket Ground, EBM in partnership with Aaj ...