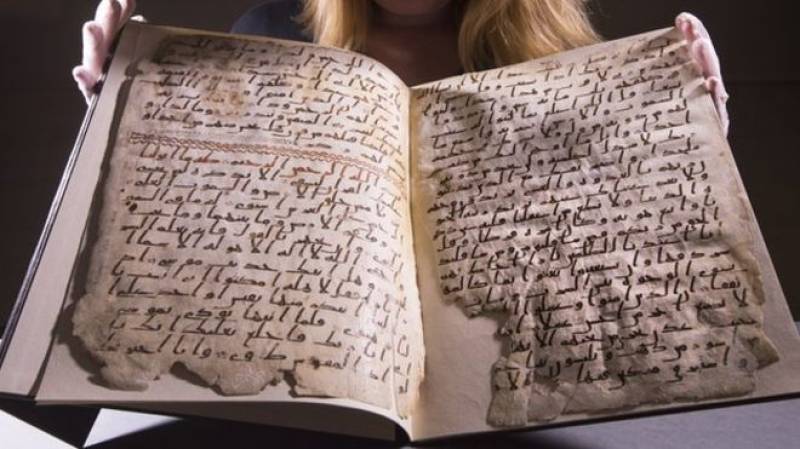 BIRMINGHAM (Web Desk) - What may be the world's oldest fragments of the Holy Quran have been found by the University of Birmingham.

Radiocarbon dating found the manuscript to be at least 1,370 years old, making it among the earliest in existence, reported BBC.

The pages of the holy text had remained unrecognised in the university library for almost a century.

The manuscript had been kept with a collection of other Middle Eastern books and documents, without being identified as one of the oldest fragments of the Holy Quran in the world.