‘1000 likes on Facebook or I will drop him’: Man jailed for threatening to throw baby out of the window 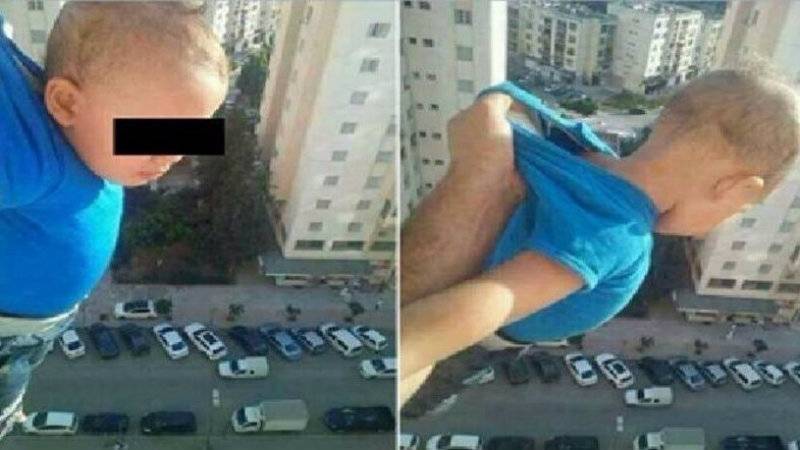 ALGIERS - A man from Algeria has been sentenced to two years in prison for dangling his baby cousin out of a 15th-floor window to attract likes on Facebook.

The man posted a picture of holding the baby out of the window from the building in the capital Algiers. He captioned the picture – “1000 likes or I will drop him”.

The child appeared to be in a state of fear and bewilderment.

As reported by BBC News, his cruel behaviour shocked social media users and they demanded his arrest for child abuse. The man, who was mistakenly believed to be the father of the child, was charged with endangering the baby’s safety. He was arrested on Sunday, news site Al Arabiya reported.

The man who is the relative of the child denied all the allegations and said the image is altered by social media users, reports Algeria’s privately owned Ennahar TV.

The man informs, “The picture was taken in a balcony with protective barriers. These were removed."

The child’s father urged the court to forgive the man. He said the man was just playing a game. However, the judge ruled against him, saying that the picture was clear and the child’s life was in danger.

After watching the video, many Facebook users demanded that the man be tried on child abuse charges.