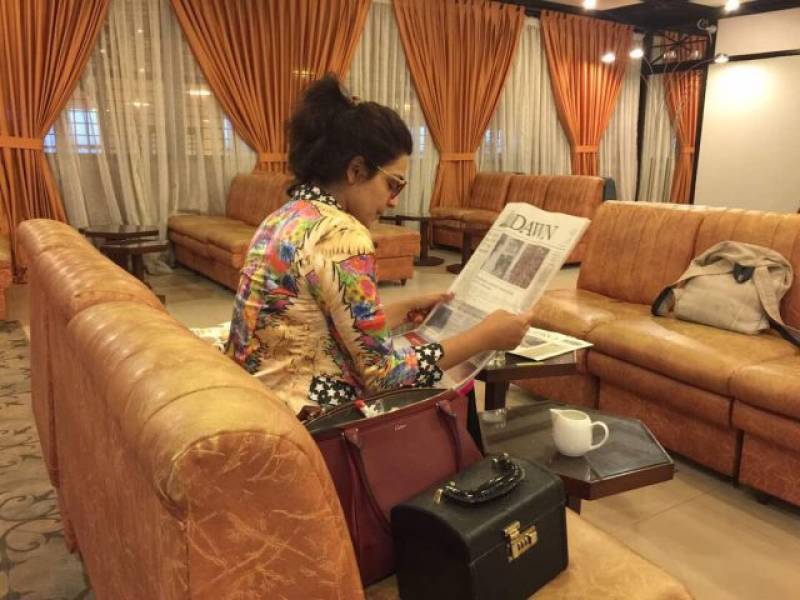 KARACHI: Pakistani actress Meera Ji was the target of trolls by Twitterati on the micro-blogging platform, after she sported a picture of herself on the social media site reading the Dawn Newspaper.

Meera has often been the target of vicious attacks on social media for her gulaabi angrezi and inconsequential linguistic skills in the English language.

Recently, the actress posted a picture of herself on Twitter while sitting at Karachi airport reading an issue of the Dawn newspaper. Social media erupted in a backlash as people wondered, pondered and questioned what Meera was up to reading in the paper, considering the actress is known for not speaking English too well at all.

An attempt to improve English:p

You are trying to justify English skills,reading DAWN ?

Are you really reading newspaper or just watching pictures ?#AchaSorry

As your die-hard fans, we're always here to haunt you Meera Ji!