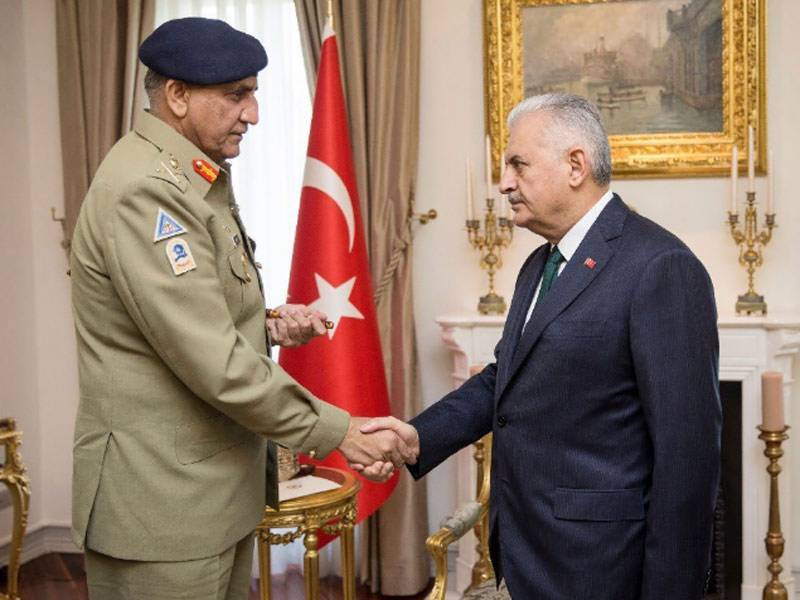 ANKARA - Turkish Prime Minister Binali Yaldarim appreciated the positive role Pakistan is playing in the region and in the larger Muslim world.

The appreciation came during his meeting with Army Chief General Qamar Javed Bajwa in Turkey on Thursday.

General Bajwa said Pakistan and Turkey share common views on many issues and Pakistan supports Turkey's position on Cyprus as well as its efforts against terrorism of all hue and colour.