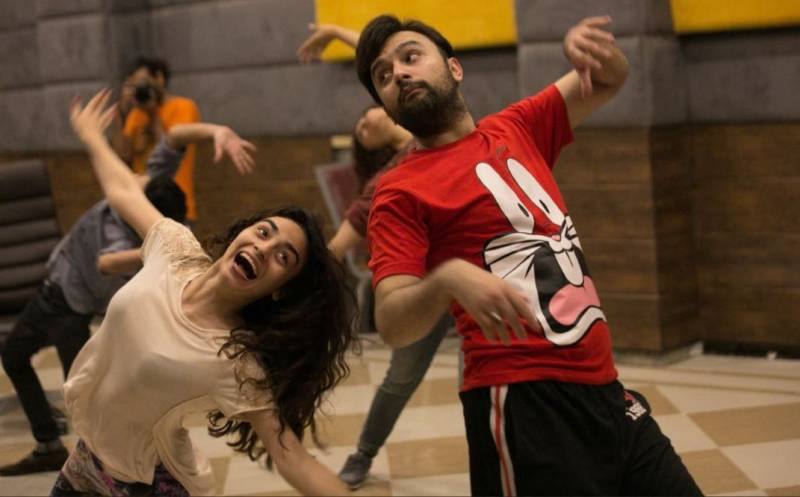 Back in the days, I looked up to only one maestro of English theater plays in our country, Shah Sharabeel.

At 15, I remember tucking on the sides of my mom's sleeves, waiting in a line full of packed audiences, sweat running down my unkempt brows, anxious to seat myself on one of the best seats in a crowded hall, to witness the magic that was going to unfold right before my eyes.

Sharabeel was notably one of the best, and one of the only directors in the industry determined to keep the theater culture alive with his paramount contributions and farcical comedies such as 'Home is Where Your Clothes Are (2007)', 'Tom, Dick and Harry (2012)', 'You Only Marry Twice (2015)' etc.

10 years after and today, along similar lines, in the almost dead and starved entertainment city of Lahore, comes one of the biggest and promising theater events of the year. Date Night, a product of the rising duo Shaan Lashari and Dawar Lashari returns to the stage after a short hiatus.

Previously, with hugely successful plays such as 'Boeing Boeing (2009)' and 'Birdcage (2010)', the pair has proven that they certainly have the talent and experience to put up quality productions that do not compromise on the aesthetics of theater and add credibility to the already set legacy of the Lashari family.

Throughout the play, I was embezzled with the knee-slapping, rib cracking humor that reminded me of the living nostalgia that was once Shah Sharabeel. Date Night takes its script from Derek Benfield and has been adopted for the Pakistani audience in the form of a musical. The absolutely hilarious rendition plays around the lead role of Waleed Zaidi as 'Roger', who embarks on a guilt-free spree with his lover in a safe haven deep within the down-trodden vicinities of his city, far away from his responsibilities and home, only to find himself in a seriously hilarious quandary where he happens to run into his wife herself.. with another man!

Mehar Bano as 'Helen' and Shaan Lashari as 'Ferris', give outshining performances amongst a team that has worked with a conscientious and commendable effort in a comical musical story of situational hazards, hilarious cover-ups and improbable situations.

Date Night has a runtime of an hour and thirty minutes. This gives all the characters just enough time to entertain you through the story at an extremely swift pace and bring you towards the very climax.

Three impeccable dance sequences serve the very purpose of Date Night, with one in the first act, the other in the second and the final at the very end. In addition to this, you will observe multiple entries and exits on stage along with a rhythm that will never fail to surprise you as well as add to the quirky fun element of the diegesis.

If you're looking for a good laugh or a break from your normal day to days, or want to dig deep down into a complete meltdown of sanity, Date Night directed by Dawar Lashari is the right place to be at.

Now, once again, you can be part and parcel of the kind of theater that ropes in big names for sponsorships, young talents, impressive script and remarkable performances, running on full houses that echoes of the 'refined and educated lot', with no inhibitions, an equal mix of genders, young and old alike, where civic decency and good behaviour are believed to be the expected norm.