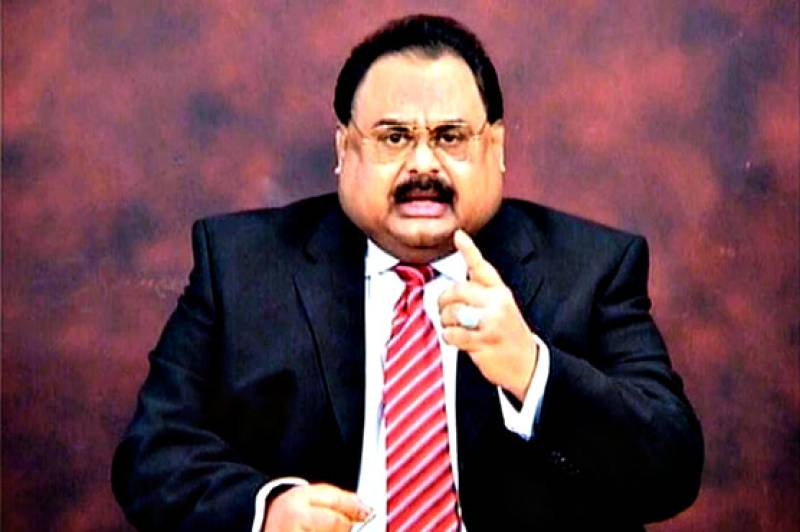 LONDON - The British police are in the process of returning seized nearly half a million pounds to Altaf Hussain, the Muttahida Qaumi Movement and Karachi businessman Sarfraz Merchant after failing to get sufficient evidence against them, reported Dawn news.

While investigating the murder of senior MQM leader Imran Farooq, the UK police raided the apartments of the leaders and found £29,000 in Merchant’s London apartment, £167,525.92 in the MQM’s offices in London and a further £289,785.32 in Altaf Hussain’s home.

The investigation into the case was halted last year after the Crown Prosecution Service confirmed there was insufficient evidence to go ahead with a trial.

The newspaper reported that £24,000 had already been transferred to Merchant’s bank account, while Merchant was given around £5,000 worth of cash in the shape of dirhams and Pakistani rupees on Tuesday.

“It is a success,” said Merchant after getting the cash. “My money was legitimate.”

Banking documents revealed that Merchant had transferred substantial money to the MQM. Merchant informed the police that he had freely given money to the party.

The returning of money brought humiliation for the UK police as the sources close to the police always insisted that they would not return the cash to the political party.

According to the police said that six people had been arrested, 11 others were interviewed under caution and nine premises were searched during the course of money laundering investigation. Despite all that investigations, the police last year announced: “there is not a realistic prospect of a successful prosecution under UK law, therefore the investigation is now complete and no further action will be taken.”

After observing slow progress in the UK, the Pakistan authorities set up a Joint Investigation Team during last year to look at Merchant’s claims of financial links between RAW and the MQM.

Merchant said he still wanted to expose that issue. “I am going to pursue the issue regarding funding of Indian intelligence agency because it is my country that is suffering,” he said. Merchant said that the documents, which were handed over to him by the UK police, revealed there was such funding.

Meanwhile, the MQM have denied the allegation of being funded by RAW, while India also termed claims as completely baseless.

According to UK-based lawyers, the money laundering case failed as the UK authorities were reluctant to use terrorism legislation as opposed to the Proceeds of Crimes Act. Although the US declares the MQM as a Tier 3 terrorist organisation, neither the UK nor Pakistan has included a similar designation.

Merchant said that his own lawyers were surprised when the decision was taken to drop investigations into the case. “While I am delighted to have been cleared there appears to have been political interference with the UK’s police investigation,” Dawn quoted him.

Merchant said he will now go for action against the police and recover money spent on the case to prove himself innocent.

The UK authorities are still investigating whether some speeches by Mr Hussain amount to hate speech. A previous hate speech inquiry was dropped in 2014 because of fears that the translation of the original Urdu speeches could be contested in the courts. The police are now assessing whether more recent speeches — not least the August 22 speech — contained not just hate speech but also incitement to violence.