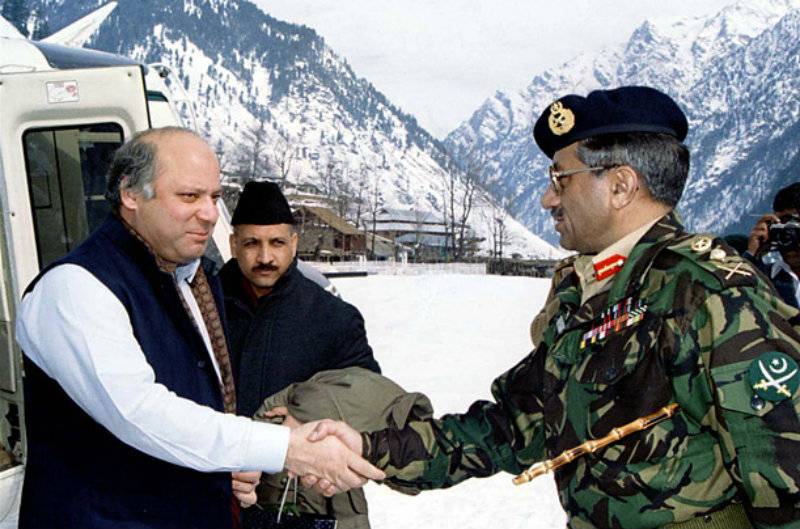 ISLAMABAD - Prime minister Nawaz Sharif on Tuesday claimed that former president Pervez Musharraf wanted to strike a secret deal with him in 2007, which he refused.

Addressing a full-house interactive meeting of the PML-N Parliamentary Group of the two houses at the Prime Minister’s Office, the premier expressed that he didn’t believe in making clandestine deals with the people who had ruined the aspirations of the masses.

'I never intended to leave the country after the military coup but was trapped in a situation where I had to leave' said PM Nawaz.

'Musharraf can’t get back even if he has plans; it’s divine retribution for his actions,” he observed.

Although premier Nawaz Sharif rubbished allegations regarding any covert deal with Musharraf but as we hark back to 2007, it becomes more clearer that the then self-exiled politician was urged to keep his agreement intact with King Abdullah which bound him to stay out of Pakistan for 10 years.

During a press conference on September 8, 2007, the Chief of Saudi intelligence, Prince Muqrin bin Abdul Aziz, and Lebanese politician Saad Al-Hariri urged Nawaz Sharif not to return toPakistann complying with the agreement.

The presser was made after a joint meeting of duo with  President Gen Pervez Musharraf. Saudi Ambassador to Pakistan Awadh Al-Asseri was also present during the meeting.

Mr Hariri said he had played a key role in securing Mr Sharif’s release from jail in 2000 in exchange for his exile in Saudi Arabia as a guest of the royal family. He expressed the hope that Mr Sharif would honour his commitment and stay out of the country.

The Saudi intelligence chief was also inquired about the decision by Supreme Court that allowed Nawaz Sharif to return to his country however, he replied: 'We fully respect the Supreme Court and law of every land but you still have an agreement'.

Prince Muqrin and Mr Hariri waived a copy of the agreement which according to them bound the former prime minister and his brother to avoid coming to Pakistan unless their 10-year exile period was over.

It may be mentioned that Nawaz Sharif kept denying any agreement regarding his exile but on the same day, he confirmed that the agreement to remain in exile was limited to 5 years duration and not 10.

After spilling the beans on the secret deal offer which Pervez Musharraf made to him, Nawaz Sharif vowed to get out of PM office in a bid to take part in campaigns in the purview of next general elections.

“Now you will not find me sitting and confined to the four walls of the office but mingling up with the masses in the field, hugging and talking with them candidly, as I will be undertaking whirlwind visits of all the provinces,” he said.

The legislator slammed agitational politics without naming Imran Khan and claimed that the load shedding would have been eliminated had these sit-ins not take place.

Nawaz said speedy work was underway on various projects under the China-Pakistan Economic Corridor (CPEC), which once completed, would immensely benefit the country in particular and the region in general.

The members of the legislatures expressed full confidence in the leadership of Nawaz Sharif and reminded him that the masses had pinned their hopes on his leadership.