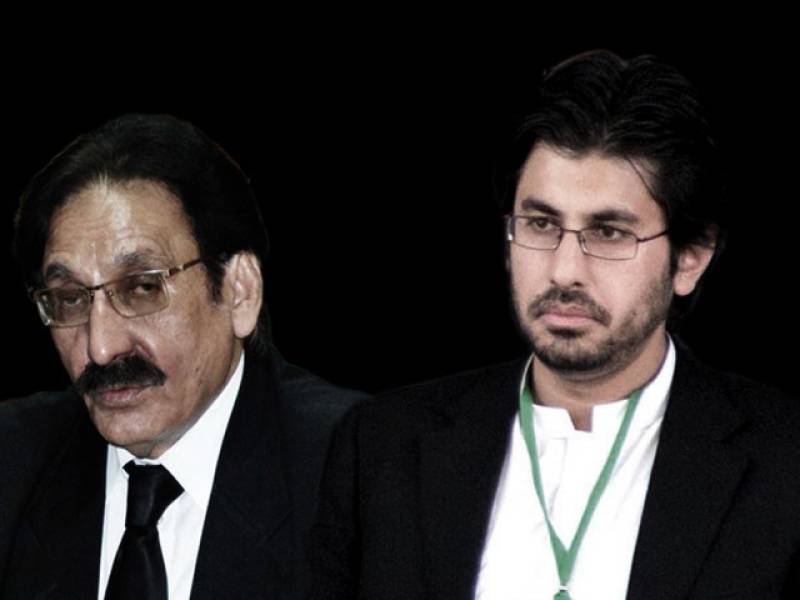 LONDON - Former Chief Justice of Pakistan Iftikhar Muhammad Chaudhry and his son Arsalan Iftikhar faced much humiliation at an airport for not abiding by the norms of queue.

A video released on social media shows Iftikhar Chaudhry and his son Arsalan waiting for their flight at Jeddah airport as they broke the queue.

Reportedly, a person thought to be a Pakistani instructed the duo not to push in the queue and to go back.

Arslan Iftikhar in a vehement tone replied that an announcement was made for those travelling on business class.

The individual then advised Arslan not to join the queue and talk to the official at airport counter.

Initially,  Arslan Iftikhar, who was holding passports in his hands stood his ground and argued that he was travelling on business class.

But laterwards, Iftikhar Chaudhry intervened and said 'doesn't matter' while going back to the original queue designated for commuters.

Iftikhar Chaudhry was elevated to the Supreme Court on February 4, 2000 and appointed as the Chief Justice on June 30, 2005.

He completed his tenure on December 11, 2013 and then launched his own political party 'Pakistan Justice Democratic Critic Party (PJDCP)'.