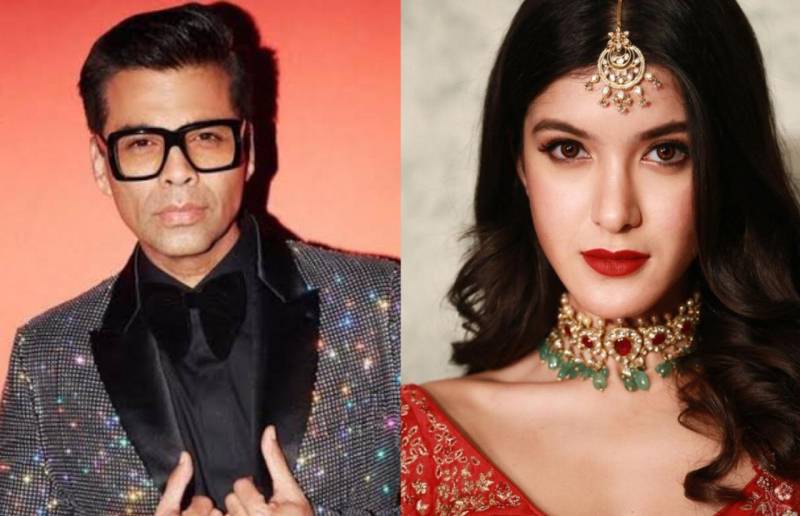 Johar kicked off a new set of announcements by bringing in new talents who will soon be joining the Dharma family. Entering the Dharma Cornerstone Agency as their new talent, Kapoor is the latest edition after Alia Bhatt and Janhvi Kapoor.

Turning to Instagram, the 48-year-old Indian producer revealed that Kapoor has not only joined the agency but will make her Bollywood debut with his productions.

"Another beautiful addition to our growing @dcatalent family! Welcome to the #DCASquad, @shanayakapoor02. Her enthusiasm, perseverance and diligence is so amazing to see. Join us in showering your love & blessings as she begins her first film with @DharmaMovies, this July! Watch this space for film details!!!" he wrote.

Dharma Cornerstone Agency (DCA) is all set to be an indomitable powerhouse of talent that will drive collaborations and become the benchmark for artist management and representation in the country.

On the work front, Shanaya was one of the assistants on cousin Janhvi Kapoor’s Gunjan Saxena – The Kargil Girl. Earlier, she made an appearance in Maheep’s Netflix series Fabulous Lives Of Bollywood Wives.

Despite not stepping into Bollywood officially, Kapoor is quite the social media star and enjoys a huge fan following with her starkid status.