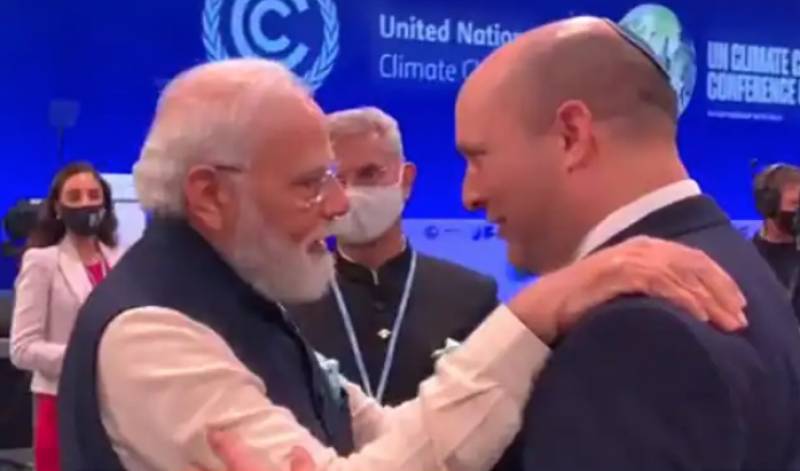 Bennett’s media adviser told a publication that the Yamina leader will pay his first official visit to South Asian country at the invitation of Indian prime minister Narendra Modi.

His visit reportedly intended to expand the cooperation between Tel Aviv and New Delhi, especially in areas of innovation and technology, security and cyber, and agriculture.

Naftali is undertaking the visit from April 3-5 on the occasion of the commemoration of 30 years of diplomatic relations between India and Israel.

Modi previously met Bennet on the sidelines of the UN Climate Change Conference in Glasgow in November last year while the two also held a telephonic conversation.

Earlier in 2017, the two countries elevated their bilateral ties to a strategic partnership during Modi’s visit to the Jewish state.

Last year when Israeli forces faced global outcry for inhumane actions in occupied Jerusalem as it bombed the Gaza Strip, BJP leaders and Hindutva-inspired Indians threw their weight behind Israel.

In recent times, a report of a US-based publication revealed that the Modi-led Indian government bought Israeli spyware Pegasus back in 2017 as part of a $2-billion defense package from Israel.