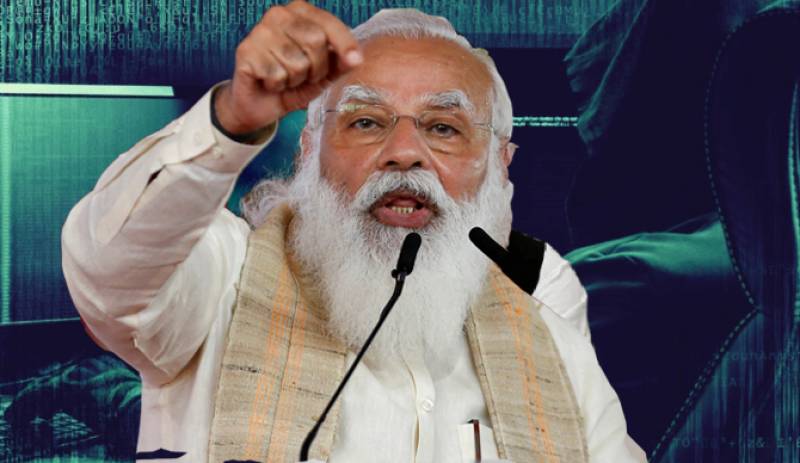 The report of the US-based publication revealed that Tel Aviv sold the powerful spying tool to many countries, which led to the ending up in the hands of nationalist leaders worldwide.

The spying tool was sold to Poland, Hungary, and India, despite these countries’ poor records on human rights. India’s relations with Israel were frosty for decades, however, in 2017, Narendra Modi made a historic trip to Israel, which was the first time a sitting Indian premier had officially visited the Jewish state.

During Modi’s visit, the two sides agreed on the sale of a package of high-end weapons and intelligence gear worth nearly $2 billion while the Pegasus spyware and a missile system were at the centerpieces. Following the Indian premier’s visit to Tel Aviv, Netanyahu visited New Delhi in 2019, it added.

As the reports about Pegasus surfaced, the matter was brought up by the opposition parties in the Indian parliament. Politicians had protested while pleas were filed in the top Indian court against the BJP government.

In a recent tweet, he said the Modi government bought Pegasus to spy on state leaders and the public. They have targeted the ruling party, the Opposition, the court, by tapping their phones. This is treason. The Modi government has committed treason.

Modi Govt bought Pegasus to spy on our primary democratic institutions, politicians and public. Govt functionaries, opposition leaders, armed forces, judiciary all were targeted by these phone tappings. This is treason.

Last year, reports revealed that several countries used Israeli spyware on opponents. New Delhi also targeted Pakistan with the Pegasus as more than 1,000 numbers in India appeared on the surveillance list while hundreds were from Pakistan including Prime Minister Imran Khan.

Another report claimed that India used Pegasus to hack the mobile phones of dozens of public servants in Islamabad. Several military officers and senior bureaucrats were also targeted.