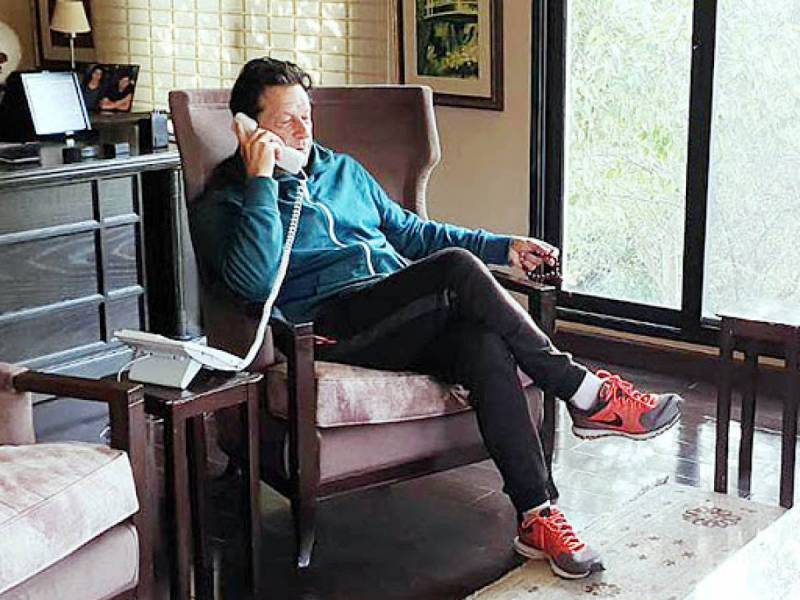 India targeted a phone that was earlier in Pakistani Prime Minister Imran Khan's use, through an Israeli spyware.

A report published by the Israeli newspaper Haaretz has ignited fears of widespread privacy and rights abuses through this spyware made by an Israeli company.

According to the Israeli newspaper, several Pakistani officials, Kashmiri freedom fighters, Indian Congress leader Rahul Gandhi, and even an Indian Supreme Court judge were targeted by the Indian government of Narendra Modi through the Israeli software.

According to sources, India tried to tap the Federal Cabinet members' calls and messages through the spyware, prompting Pakistan to develop new software for its federal ministers.

After this development, a high-level meeting of the civil and military leadership was called to decide the future course of action against India's spying attempt.

Indian Congress leader Rahul Gandhi said in response to the development: “Targeted surveillance of the type you describe, whether in regard to me, other leaders of the opposition, or indeed any law-abiding citizen of India, is illegal and deplorable."

“If your information is correct, the scale and nature of surveillance you describe go beyond an attack on the privacy of individuals. It is an attack on the democratic foundations of our country. It must be thoroughly investigated, and those responsible be identified and punished.”

The Congress leader changes his cell phone every few months in a bid to avoid being hacked.

Per the publication, New Delhi did not confirm or deny whether it was a client of the Israeli firm NSO or not, however, its laws do not bind the government to disclose the use of the said technology.

India’s Ministry of Electronics and Information Technology, responding to questions from The Washington Post, said the claim that specific people were targeted “had no concrete basis or truth associated with it whatsoever.”

“Any interception, monitoring, or decryption of any information through any computer resource is done as per the due process of law," it added.

India is one of the many countries using Israeli spyware to hack the smartphones of human rights activists, journalists ...