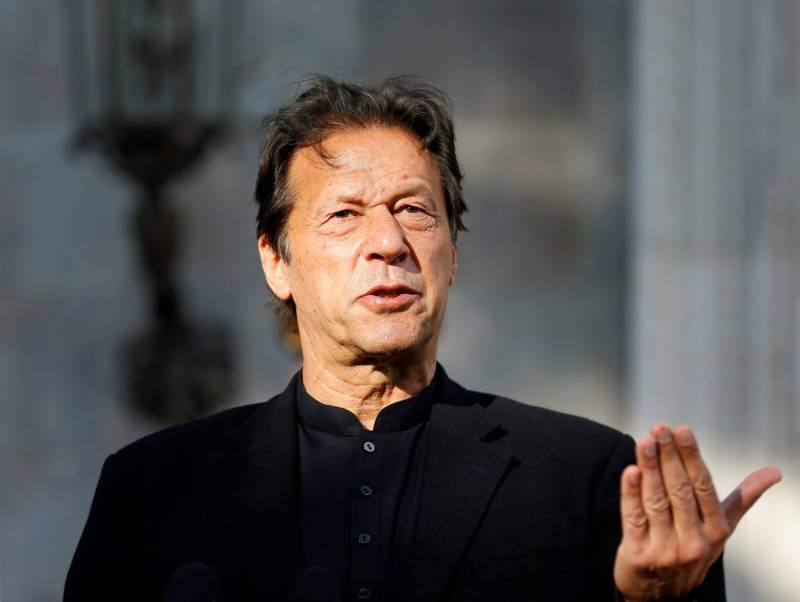 The premier in his interview with Chinese media said the selective silence of the West on human rights violations in IIOJK was deafening. Khan called the double standards of western media in highlighting China's ‘mistreatment’ of Uighur Muslims.

Leaders from these countries only mentioned about Xinjiang issue, he said while adding that Pakistan's envoy to China earlier visited the region and found allegations as 'concocted'.

During the conversation ahead of his Beijing visit, Khan mentioned that the neighboring countries had a bond of friendship spanning over 70 years, which was further cemented by the China-Pakistan Economic Corridor (CPEC).

China always stood by us in times of need and supported us during difficult times and likewise we also always stood with them.

Hailing Chinese officials for taking 700 million people out of poverty, he said we want to follow the same approach. “We want to emulate the Chinese model of inclusive growth. The growth of China's economy witnessed the prosperity of all Chinese people,” he opined.

Commenting on the framework of regional connectivity, PM said that the first phase of CPEC was focused on connectivity and the energy sector while special economic zones and agriculture were developing, with Chinese cooperation to help improve their productivity.

PM Imran said that his upcoming visit to China would provide him an opportunity to witness the winter Olympics. He mentioned that he had not witnessed such an event in the past despite being a sportsman.

Khan also mentioned the Afghan crisis during the interaction, saying the war-ravaged country had been suffering for the past 4 decades after being turned into a battleground for foreign powers.

PM will attend the Beijing Winter Olympics 2022 to show solidarity with China and to further strengthen Pakistan-China strategic partnership.

Khan is the second leader after Putin to indicate his attendance at the Winter Olympics to show support to China against the politicization of sports.