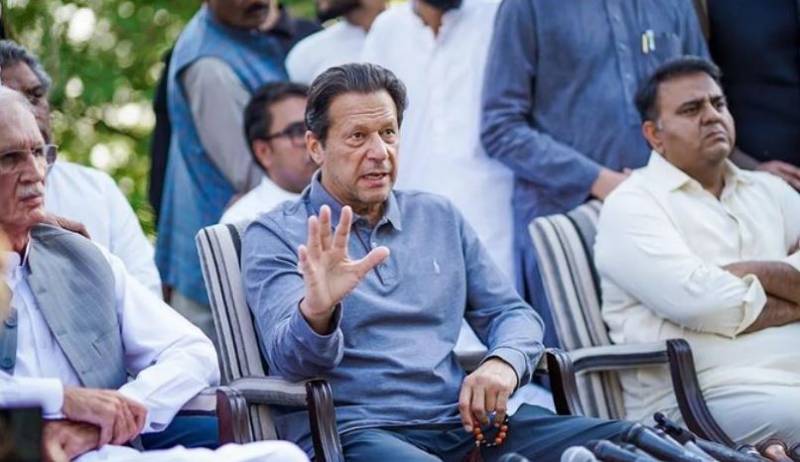 PTI Chairman Imran Khan has called on the masses to reach Islamabad on May 25 for getting rid of the ‘imported government’ and for a 'better future'.

Addressing a press conference, Khan announced that former ruling party will start the much-hyped long march on May 25. He announced the decision following the PTI's core committee meeting held in Peshawar on Sunday.

The ousted premier informed activists to join him at Srinagar Highway in Islamabad at 3 pm. Khan reiterated ‘conspiracy’ to topple his government, lamenting that they couldn’t stop it to succeed.

He also indicated that the long march against 'imported government' would convert into a sit-in and they would continue the protest until the demands are accepted. Khan mentioned two primary demands including the dissolution of assemblies and date for upcoming election.

PTI chief also called for fair and transparent polls, adding that if the nation were to bring the current government back into power then he would accept it. He however added that no country from outside will be allowed to impose them on us.

Cautioning his activists in wake of recent actions, the former PM predicted that the incumbent government would use various obstacles to impede the march.

Blasting PDM leaders, Khan emphasized that the conspiracy was not done against Imran Khan but it was against Pakistan, saying the South Asian country was experiencing economic growth during his regime.

The firebrand politician mentioned that the conspiracy was done by partnering people who would only protect their corruption after coming into government.

Our government got a nearly bankrupt Pakistan but rescued it and put the economy on the right track despite the Covid pandemic, the PTI chief said.

Despite coalition government claims, Imran mentioned no corruption in the previous regime, saying that the Sharif-led government is asking National Security Committee (NSC) to decide on the petrol prices.

The ex-premier said the people on bail in mega corruption cases have been installed in power which is another insult to Pakistan.

Earlier in the day, PTI Chief chaired the meeting of the party’s core committee. Khan previously delayed the announcement of the date in the Multan rally.