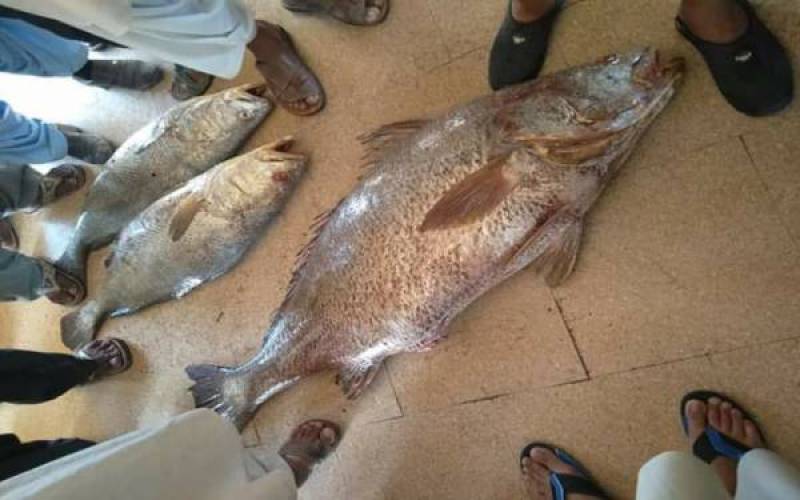 GWADAR - A rare type of fish known for its use in the production of several medicines was caught by the local fisherman in Pakistan's port city.

According to reports, a 41-kg croaker fish or Arabian Sea meagre fish (Argyrosomus henii), locally known as Kir (sowa) was caught near Pishukan couple of days ago.

Recently the fish was auctioned for a huge amount of Rs1.1 million, due to the presence of a special ingredient, which is more precious than the meat and is used by pharmaceuticals in the production of surgical items.

The croaker fish comes near the coast only during current season for breeding.