Safe places in Pakistan and elsewhere! 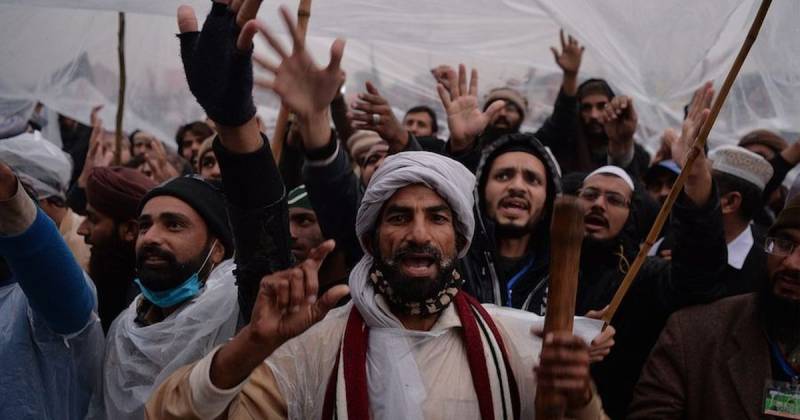 It is indeed very heartening to learn that there are certainly certain safe places in Pakistan where we have able to keep poor blasphemers like Asia Bibi safe.

It is time to tell the world and brag about it, that the tide is turning and Pakistan is no more as unsafe as they said and hoped.

Since her acquittal a couple of weeks ago, a festival of sound and fury by the bearded brigade of Pakistan adorned the streets of Lahore, Karachi and Islamabad. Such protests by holy-looking and unholy sounding folks have replaced the famous and colourful festival of Basant in Lahore.

One difference these protestors have from the kites is that the former are very black-n-white, and it looks a grey substitute of Basant. But then, better or worse there is always a substitute.

Many in the world taunted that Pakistan was the most unsafe place on earth; particularly when the late OBL one morning found that living in a safe cantonment was not that safe after all.

On that, one would say, earth itself is getting very unsafe for humans in the galaxy. But, this piece is not the right forum for such mega issues, so we keep in our lane of small traffic here.

On safe places in the contest of poor, accused of blasphemy is like advocating safe sex in front of men who are basically against sex. So, ‘safe’ for them is not even on the table.

After the unique piecemeal treatment of unfortunate Mr. Khashoggi in Saudi Consulate in Turkey last month, it seems our brother countries of KSA and Turkey have joined hands to divert some of the world’s attention from Pakistan as being the unsafe place.

Schools are considered safe space in the developed countries, but given the spree of mass shootings in the US schools, and gang sexual abuse in a Catholic Schools in Canada (which are like Pakistan’s English Medium elite schools), it seems Pakistani rural schools which the local notables tend to use as animal barns are safer spaces for kids sans teachers and animals alike.

London and Paris used to be considered very safe for asylum seekers but since the aashqaan-e-rasool have found refuge there, and after the infamous 7.7 in London and Charlie Hebdo shootout in Paris, these leading cities of the world too extended a favour to Pakistan in getting some sheen off latter’s global leadership in unsafeness.

London reminds of another extremely famous albeit wannabe blasphemer who is not poor, Mr. Rushdie. He was well off at the time of his alleged blasphemy but after that he became rich and was knighted as well. He can be called pioneer of the contemporary wannabe blasphemers.

He can also be credited to make blasphemy internationally famed. Several of his associates who took part in the publication of– lets call it Salman’s Verses in order not to repeat blasphemy –were attacked or killed. He too lived under the thick wraps of security since then.

The funny thing is most of the people who hate him for his alleged blasphemy have not read his any book, let alone S Verses; because if they did, they would perhaps hate him for his English.

I read a few of his books, and heard several of his interviews. Given my poor English, and very poor taste in English, I politely say he writes bad English, but speaks great.

Most of the time what he writes doesn’t look English. It looks like a love-child of German and Italian (with great respect for both lingos, but no promise of any respect for their love-child).

Initially, I thought Mr. Rushdie, by writing such English, was settling some post-colonial scores against the English. I guess I was not wrong. The moment Americans figured this, they asked him to be their guest.

On safe places in Pakistan, a safe place is where no one in police or media knows about you.

On blasphemy, I say we are following the European model of denuclearization via MAD – Mutually Assured Destruction. When everyone had this weapon, the weapon lost its utility.

So, cheers to the more use of blasphemy against judges, generals, and religious leaders. As they say, the more the merrier and as its use becomes trivial, pokes will replace bullets.