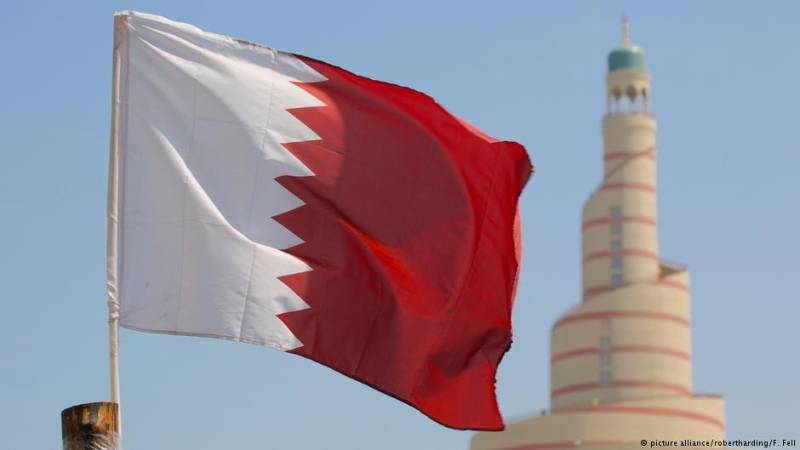 Fifty days later, the intra-Gulf row has run out of blistering stream of allegations and denials but transformed into a perpetuating tussle. There seems no urgency to use force or resolve it peacefully. Kuwait’s hectic mediatory attempts have failed, as have those of other players such as France, England and the US. Turkey hit a reconciliatory note over the weekend to remove the anti-Qatar quartet’s misgivings about its deployment of troops in the peninsula state. Al-Jazeera and its affiliate channel were allowed back on cable TV in an obvious sign of softening of the Saudi-led Gulf States. On the flip side, the list for alleged Qatar-linked ‘terrorist entities’ has steadily grown longer.

Qatar’s restraint and persistence have exposed the limits of coercion and military for its feuding neighbors. From the outset, the military option has not been on the table. Saddam’s fateful decision of annexing Kuwait still haunts the GCC rulers, without any exceptions. Turkey’s all-out support for Qatar and Iran’s provision of airspace for Qatar Airways helped the country stay connected with the outside world through trade and commerce for necessary and luxury supplies alike. Shuttle diplomacy proved that the world does not fully subscribe to UAE, Saudi Arabia, Bahrain and Egypt’s position on Qatar. Deployment of Turkey’s troops in the country is more than symbolic. Their primary role will be to assist Qatari troops in face of a coup attempt with the help of disgruntled neighbors. The US will be joining Qatar and Turkey for a military exercise in Doha soon. Washington clearly isn’t ready to pick sides in the Gulf region. So far the impending war games are set to be amongst the most blunt messages to the anti-Qatar coalition.

Signed earlier, the US-Qatar MOU on terror-funding undercuts the Gulf coalition’s list of demands, which was perceived as an act of defiance by the Trump administration.

Since the quartet announced its decision to cut diplomatic, military, commercial and aviation ties with Qatar, key western powers – US, UK, France, Germany – as well as Russia searched for middle ground given their deep ties with the bloc. Their attempts to minimize damage to the Gulf harmony are rooted in security and commercial interests. The US, UK and France maintain military bases in the region besides oil exploration and shipping.

The Gulf states seemingly overestimated their leverage in the western capital while undermining the will and popularity of Qatar’s ruling family. Add to that The Washington Post story about the UAE hacking the Qatari News Agency (QNA) and uploading the “Emir’s speech” which he claims to be unaware of. While the Emirate denied the revelation, its vocal analysts opined that the row dates back to the 2014 agreement, which Doha has not adhered to in letter and spirit. Some Saudis track the roots of discontent with the Qatari ruling family to 1995 when the sitting former emir Hamad bin Al Thani ousted his own father, who was popular within royal families of other Gulf states.

Over the past six weeks, patriotism has soared and positions have only hardened. Social media poisons the otherwise cordial people-to-people relations on a nearly hourly basis. Thus, it is less likely for the US to side with one party and expect the other to give in. With the passage of time, the position will be hardened contrary to the western perception. Already, Doha is conditioning dialogue with ending of its siege. The rival side is ready to end the siege as soon as Qatar accepts its demands.

The protracted cold war with neighbors won’t risk stability in Qatar but has the potential of seriously undermining its development projects, a manifestation of soft power and polishing its image with events like 2022 FIFA World Cup. It’s a matter of time before the neighboring states will pressurize foreign companies with businesses in Qatar to abandon the gas-rich state. The approach can be suicidal: forcing Doha to shun the restraint it has exercised so far and embrace Iran as a full-fledged ally. Despite explicit support for the peninsula state, Iran’s President Rouhani has not been able to pay an official visit.

The rash policy of UAE to humiliate Qatar stays firm, unlike the relatively softer stance of Saudi Arabia and Bahrain. Doha’s drift towards Tehran will come at a heavy price too. The US, which maintains the region’s largest military base, will be enraged. The Gulf nations may consider taking a more extreme step to thwart such an alliance. For all practical purposes, the quartet is banking on dragging the crisis and swelling the cost of maintaining normalcy for the ruling family in Qatar.

Last week’s address to the nation by Emir Sheikh Tamim bin Hamad Al Thani signified the brewing impatience with the state of siege. "We are open to dialogue to resolve the outstanding problems [so long as Qatar's] sovereignty is respected," he stated.

"I call on all of you to continue to hold on to that." Tamim urged Qatar's neighbors to lift a land blockade as a "sign of good faith."

With the Saudi monarch opting for rare leave and Crown Prince Mohammed Bin Salman taking control of the state affairs, the region is far from a breakthrough. Saudi resolve to exterminate Iran-sponsored threats on its borders and Tehran’s attempts to encircle the Kingdom dictate its actions. Even if Saudi Arabia and Bahrain are ready to reconcile, the UAE and Egypt continue to harden their bearings.

In a nutshell, the crisis will continue for another few months at a painstakingly slow pace and little hope for a silver lining.

Pakistan Day and the other days