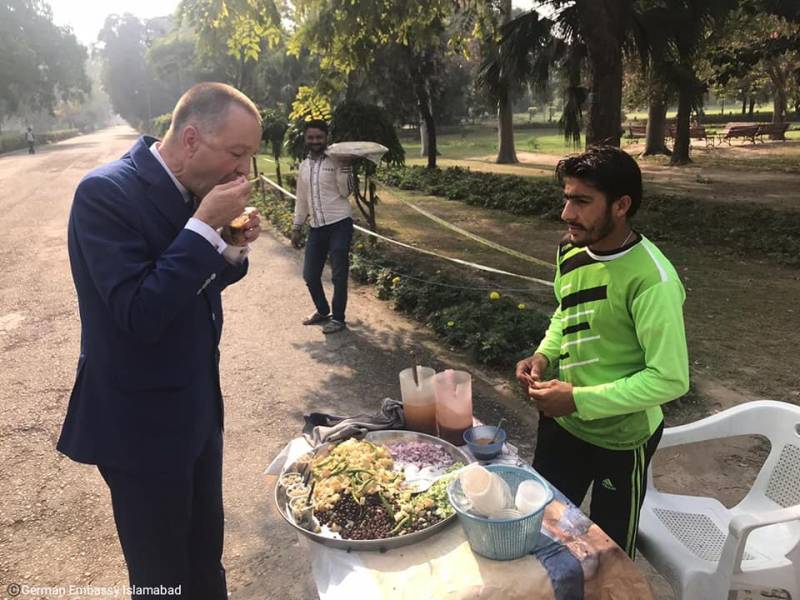 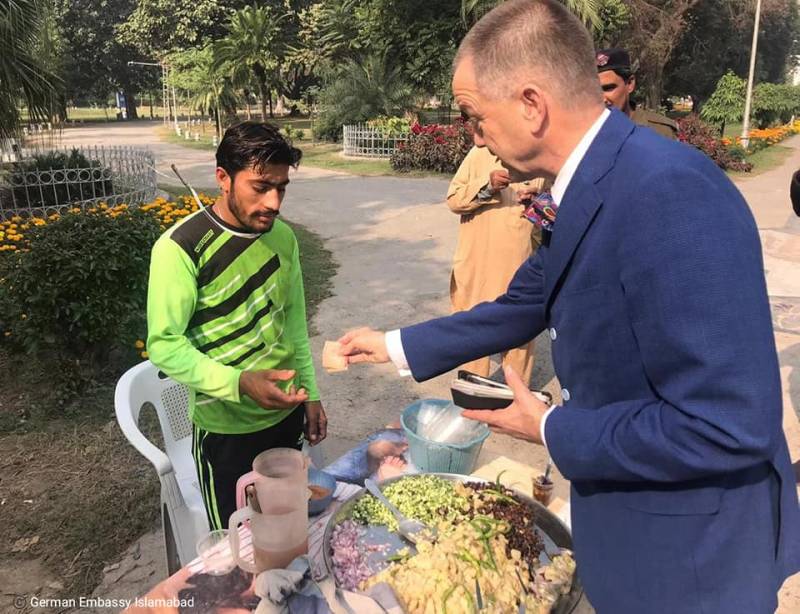 The ambassador, who was on a visit to Lahore last week, tried the 'Channa Chaat' for the first time while taking round of the Lawrence Garden.

"It was a bit spicy but taste was good. Even I drank the sauce at the end," he posted his expressions on his social media accounts, including Twitter and Facebook, besides the embassy's website.

As regards his visit to the provincial metropolis, he alluded to the famous Punjabi saying - Jinnay Lahore Nhi Takiya O Jamya Nhi.

"Who hasn't seen #Lahore, hasn't been born." This Pakistani saying in mind during my trip to Lahore offered a nice...

Ambassador Schlagheck also visited the Lahore Fort. "I went for a morning stroll in #LahoreFort - a stunningly beautiful artefact of the sub-continent's rich history and culture. Particularly impressed by the picture wall which was recently renovated with #German support. Met some (Pakistani) tourists who enjoyed the fort as much as I did!" he said in a Facebook post.

Ambassador went for a morning stroll in #LahoreFort - a stunningly beautiful artefact of the sub-continent's rich...