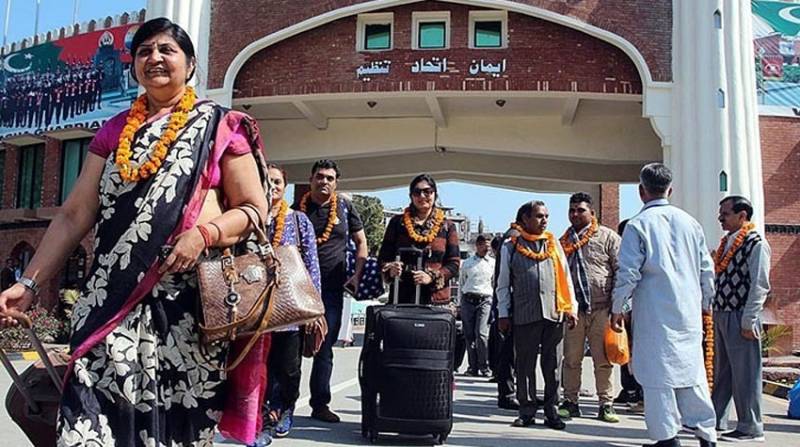 ISLAMABAD – Pakistan has issued visas to Indian Hindu pilgrims for visiting their religious sites in the country.

The Pakistan High Commission in New Delhi has issued visas to 100 pilgrms.

The celebrations begin from Tuesday and will continue till 3rd of next month.

Under the Pakistan-India Protocol on Visits to Religious Shrines of 1974, thousands of Sikh and Hindu pilgrims from India visit Pakistan to attend their religious festivals every year.

LAHORE – A delegation of 288 Sikh Yatrees from India reached Pakistan through the Wahgah border to attend 100 ...