Sikh protest in London over desecration of holy book in India 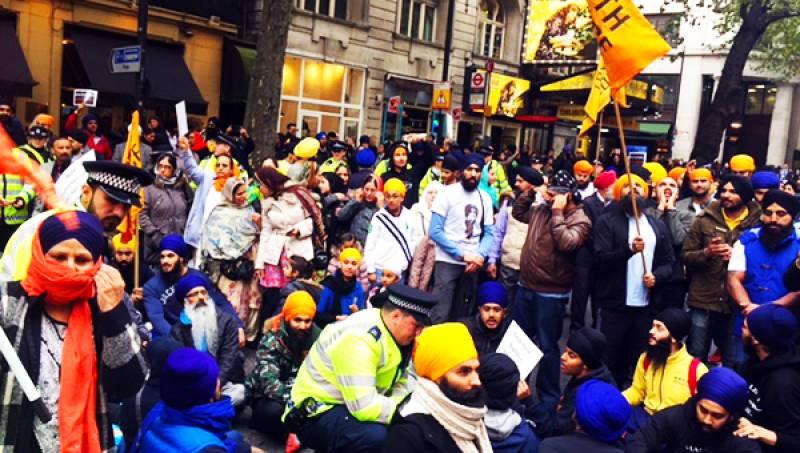 LONDON (Web Desk) - Members of the Sikh community from across UK are staging a major protest outside the Indian High Commission in London on Thursday.

Baton charge by police resulted in five injured protestors, while three protestors have been arrested.

The protest against the alleged desecration of the Sikh holy scripture by the Indian government, is expected to last for hours.

The protestors are also demanding justice for the state violence against peaceful protesting Sikhs in India.

According to the protestors, the Punjab police used lethal force on peaceful protestors while they were undertaking their morning prayers in Kotkapura.

The Sikh community is also alleging that groups like Shiv Sena and others have backing of the Hindutva extremist establishment.

The community has also announced that they will hold large scale rallies across the UK during Indian Prime Minister Narendra Modi’s visit next month.