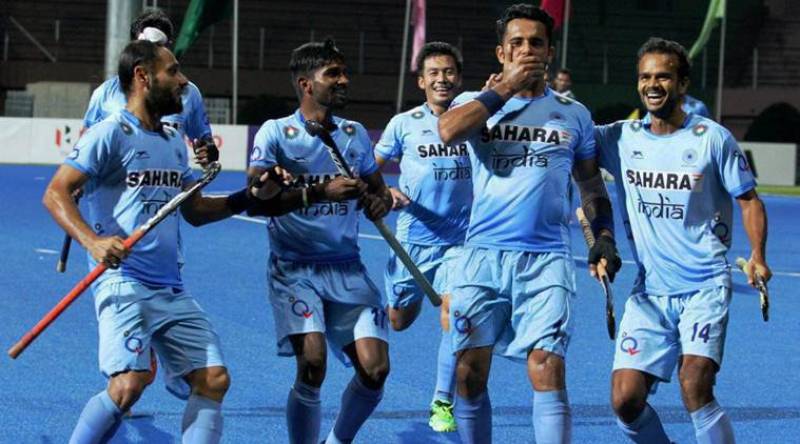 DHAKA - India on Sunday won the 10th Asia Hockey Cup 2017 by beating Malaysia 2-1 in the final at Maulana Bhasani Hockey Stadium in Dhaka.

Manpreet Singh-led India, who remained unbeaten in the tournament, started on a positive note and dominated till the very end to win their third Asia Cup title.

India scored in the second minute of the game and later in the 29th minute in the 2-1 win over Malaysia. The runners-up pulled one back in the 49th minute but could not find the equaliser till the end of the match.

Ramandeep Singh and Lalit Upadhayay were the goal scorers for India, who won the Asia Cup title for the third time and the first time since 2007.