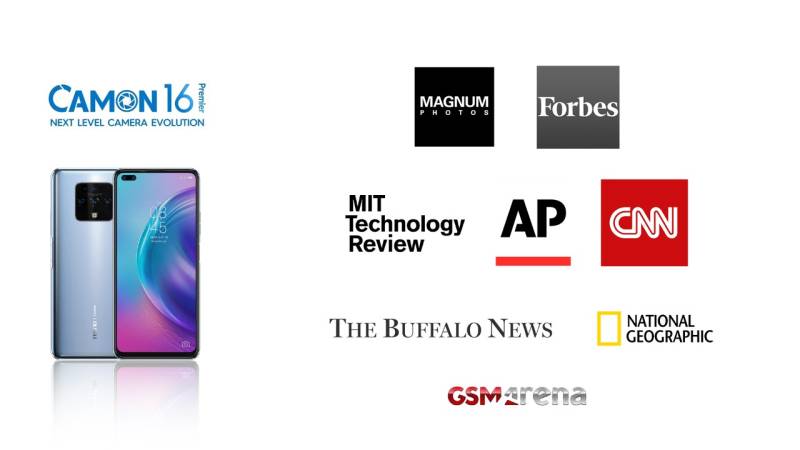 LAHORE - Over time, the tech industry is advancing day by day. With the advancement in technology finding a smartphone with a complete package, especially with advanced camera features, is a difficult task.

TECNO with its TAIVOS technology has come up with a solution for all camera lovers. TECNO has always come up with smartphones that can fulfil the requirements of its audience.

TECNO is following the principle of “Glocalization”, a combination of two words Globalization and Localization. This term is generally followed by the business world used to describe products or services that are developed and distributed globally but accommodate the local customers according to their needs and wants.

TECNO’s Camon 16 Premier is recognized by the international market, technology and photography experts. Camon 16 Premier has won the FORBES award for the most “Innovative Camera Camera Phone”. Moreover, Camon 16 Premier was not only applauded by MIT Technology Review for its remarkable camera results and product quality but also by the Associated Press, Daily Herald, The Buffalo News, and CNN.

The Camon 16 series has also won GSMArena Android headlines Editor's recommendation award and subjugated industry’s grade media. Top Global KOL, Ben’s gadget Review, unboxed CAMON 16 Premier and had great reviews about the camera technology and the overall performance of the phone. The Pioneer Camera Phone CAMON 16 was mentioned as a new era of imaging and was re-published in National Geographic and the Pearl of Photography – Mullama Magnum Photos too.

In June 2020, TECNO stood fifth in African Business magazine’s rankings as the “most admired” brands in Africa, beating Apple. In the first quarter of 2020, TECNO kept continuous market growth at a time when worldwide smartphone shipments collapsed 13% from a year earlier because of disruptions caused by the COVID-19 pandemic (Source: Counterpoint). Even as sales of many leading brands dropped by double digits, TECNO’s strategy of adapting the latest technologies to suit local markets empowered it to sell almost as many smartphones as in the first quarter of 2019.

TECNO is making momentous developments in the markets of India, Pakistan, Ukraine, Thailand, and Columbia. It has made its presence in the global market by more than 2,000 distributors and after-sales service points. TECNO initially developed from African markets, is now growing as an international brand in the mid-range smartphone segment. TECNO’s Camon 16 and Camon 16 SE is soon going to be available in the Pakistani market and the audience is excited about its release.