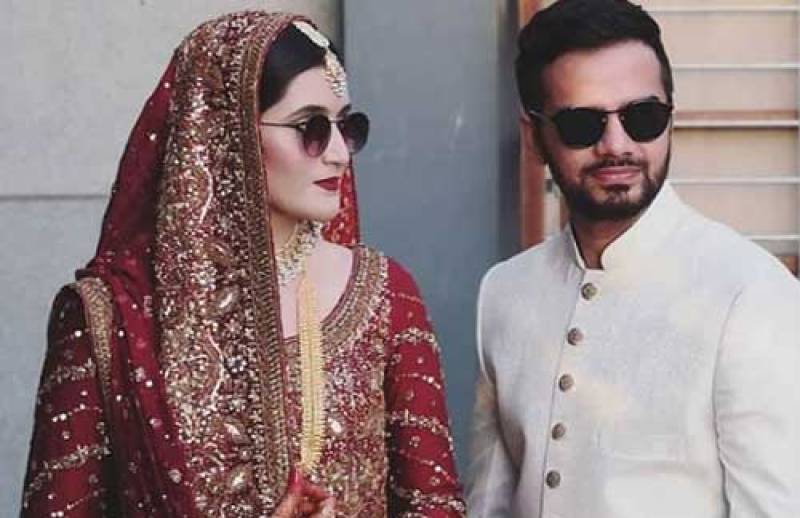 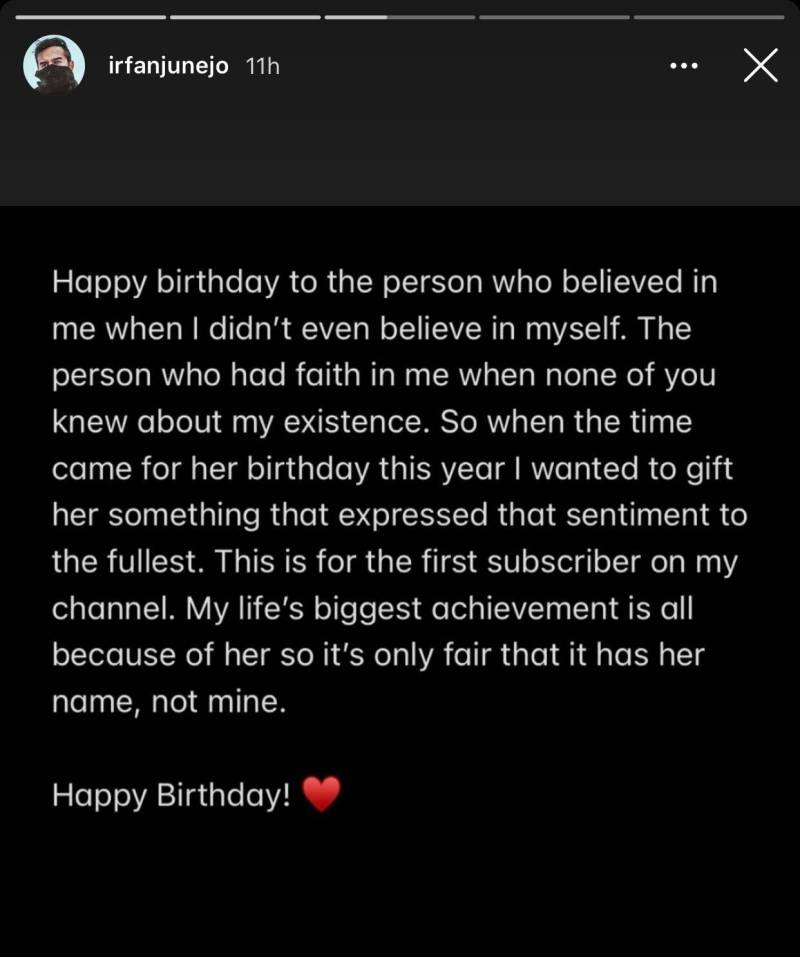 Social media is the 21st century’s newspaper and sometimes it can be difficult for celebrities to keep your life away from the public eye.

Famous vlogger Irfan Junejo is also one of those public figures who don't like sharing much of their private life on social media. However, the 30-year-old vlogger recently posted the sweetest birthday note on social media for his wife, Nabiha Numaan.

"Happy birthday to the person who believed in me when I didn't even believe in myself.The person who had faith in me when none of you knew about my existence. So, when the time for her birthday came this year, I wanted to gift her something that expressed that sentiment to the fullest," Junejo penned on his Instagram story.

He also credited his wife for his biggest achievements in life.

"This is for the first subscriber on my channel," Junejo continued. "My life's biggest achievement is all because of her so it's only fair it has her name, not mine."